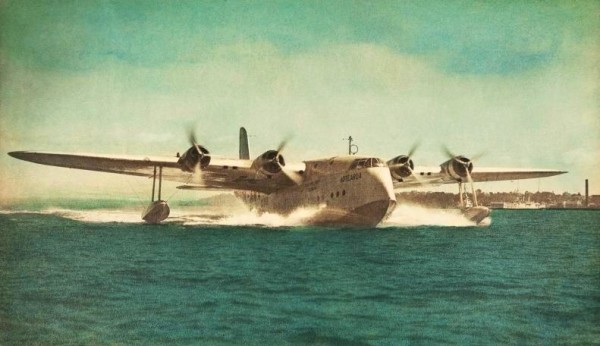 Te Papa will say farewell to its hugely popular Air New Zealand 75 Years: Our nation. The world. Connected at the end of the week as it prepares to depart for Auckland, where it will be on show later in the year.

Since opening in December last year 378,031 visitors have been through the exhibition, making it one of the most popular in Te Papa’s history.

The free exhibition, marking Air New Zealand’s 75th anniversary, brings to life the past, present and future of flying with our national carrier. Showcasing everything from crew uniforms to inflight entertainment, the display takes visitors on a unique journey through an important time in New Zealand’s history.

“The great success of this exhibition demonstrates how passionate Kiwis are about their own unique stories, and the role the national museum can play in helping bring those stories to life,” says Te Papa’s Chief Executive Rick Ellis.

“The public response to this exhibition has been exceptionally positive, with many people returning several times,” says Te Papa Curator Lynette Townsend.

“With tremendous variety and nostalgic appeal, there’s been something for everyone. The interactive elements of the exhibition have also made it very appealing to children and families.”

Air New Zealand Head of Global Brand Development Jodi Williams says, “Air New Zealand’s 75th anniversary is a key milestone and one that the airline was keen to celebrate alongside the public.

“The exhibition has been the perfect platform to share the fascinating history and personal stories that have shaped the airline and we’ve been absolutely blown away by the reception it’s received to date.”

The last chance for the public to see the exhibition at Te Papa is the 26th of July.

The Air New Zealand 737 nose on Te Papa’s forecourt closed earlier this week, after welcoming 109,931 visitors on board.

Air New Zealand 75 Years: Our nation. The world. Connected will open at Auckland’s War Memorial Museum on November the 20th.