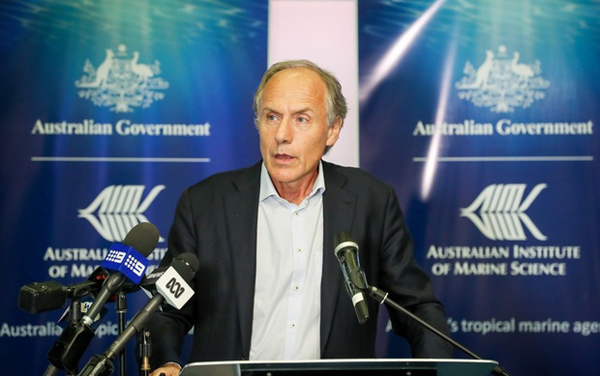 The Australian Government has extended Dr Alan Finkel’s term as Australia’s Chief Scientist for a further two years to the end of 2020.

“I am delighted to announce Dr Finkel’s extension and look forward to working closely with him.

“Dr Finkel is a tireless advocate and highly respected champion for science, innovation and technology in Australian public life, with an extensive background and expertise as an entrepreneur, engineer, neuroscientist, educator and communicator,” Andrews said.

Andrews said Finkel’s leadership had been invaluable in progressing key policy work, including through the Independent Review into the Future Security of the National Energy Market, a review into optimising STEM industry-school partnerships, and Innovation and Science Australia’s 2030 Strategic Plan.

“As a Male Champion of Change for STEM, Dr Finkel also plays an important role in the Government’s agenda to increase the participation of women and girls in STEM education and careers,” she said.

“When I took up my post in 2016, I said that I had every confidence in the ambition and ability of Australians,” Finkel said.

“I am delighted to recommit to my promise to back our potential today, and to build new potential through STEM education for tomorrow and into the future – including a science workforce that harnesses the capabilities of all Australians.

“We are committed to developing our research and innovation capacity, as a blue-chip investment with intergenerational returns.

“I look forward to working with Minister Andrews, her Parliamentary colleagues, and the many Australians who have inspired me with their visions of what this nation could be.”

Prior to becoming Chief Scientist, Finkel was chancellor of Monash University and president of the Australian Academy of Technology and Engineering.