May 29th, 2020 | Browse other: News. | Tagged with: Alice Procter on her Uncomfortable Art Tours, British Museum, uncovering the stories behind works that museums aren’t telling | 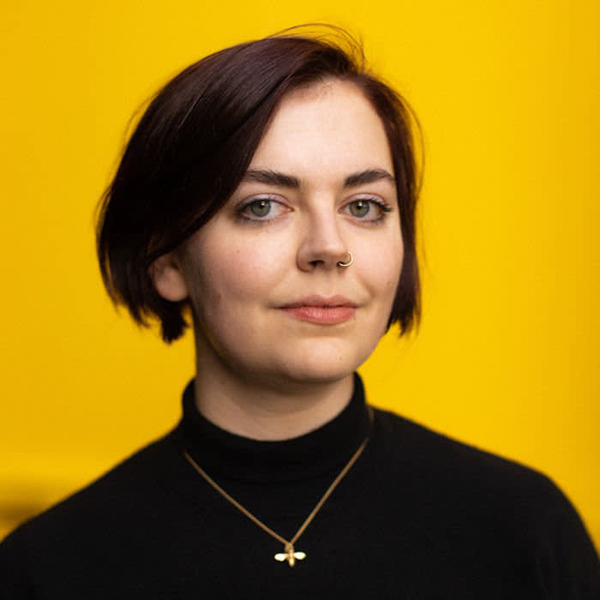 Rachel Spence, Alice Procter on her Uncomfortable Art Tours and the case for restitution, Financial Times, 26 May 2020

Tucked away in the stores of the British Museum are seven mokomakai. The mummified heads of Maori people bearing facial tattoos that were part of Maori tradition up until the 19th century, they were intended to be part of a sacred funerary ritual, to be held privately and honoured by the family of the deceased. Even when they were used as objects of military exchange or trophies, they were treated as tapu — spiritual or restricted. In 2006, the British Museum received a request from Te Papa Tongarewa, the Museum of New Zealand, to repatriate its mokomakai on the grounds that they were not objects but tupuna (ancestors). The British Museum refused.

Art historian and anthropologist Alice Procter isn’t convinced. She believes that “a museum is not the right place for these objects to be, however they got there.” If you imagine how it might feel to see one of your own relatives, however distant, on display, it’s difficult to disagree with her.

The story of the mokomakai is just one of a skein of similar narratives recounted in Procter’s recent book The Whole Picture. Here she dissects western museum culture with such forensic fury that it might be difficult for the reader ever to view those institutions in the same way again. Probing, jargon-free and written with the pace of a detective story, The Whole Picture incorporates restitution issues but also touches on representation and curation. It finishes with a provocative analysis of the way in which contemporary artists — from Yinka Shonibare to Tania Bruguera — have tried to tackle these subjects during museum residencies. 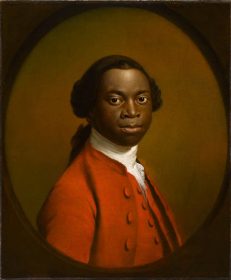 Procter skewers William Hamilton, whose sale of antiquities to the British Museum in 1772 was a founding column of its collection. Hamilton, she points out, simply ignored the export ban in Naples. where he was based. that had been in place since 1765. She also coruscates the Pitt Rivers Museum in Oxford for its insensitivity in displaying tsantas, human heads from Shuar communities in South America “in a narrative of strange and exotic danger [because] they are so taken out of context”.

However, she is keen on the idea of a performance by Coco Fusco and Guillermo Gómez-Peña that toured museums in Australia, the US and Europe in 1992. The pair caged themselves like animals in order, as Fusco puts it, to expose “western concepts of the […] primitive Other”. Yet in practice, Procter points out, gallery attendants found themselves having to act as “zoo guards” and handle excitable crowds.

Given her visceral prose, I was nervous about talking to Procter, yet when we catch up on Skype, she is gentle, engaging and apparently unaware of her achievement. When I congratulate her fulsomely on her book, she says: “You’re the first person who’s said anything like that, apart from my family and friends.”

Still only 25, she was born in Sydney, moved with her family to Hong Kong when she was two, and then to London when she was seven. With lawyer parents who regularly took her to museums, Procter says she “never questioned” her access to cultural institutions but adds that she was also brought up to be “conscious of my privilege and position”. At 17, she started volunteering in the education department of Westminster Abbey. (When I compliment her on her lucid prose, she puts it down to years spent “holding the attention of seven-year-olds”).

The genesis of her book came while studying art history and then anthropology at University College London. Here, Procter became frustrated. She felt that almost “none of my lecturers wanted to engage in any depth” with the imperialist legacy of western culture. She responded by designing the “Uncomfortable Art Tours” which take place at the National Gallery, the National Portrait Gallery, the British Museum, the V&A, Tate Britain and The Queen’s House (National Maritime Museum). Given Procter’s premise that “the history of British art . . . was written by collectors who traded in landscapes and lives”, it’s no surprise that the tours are unofficial.

“When I started [in 2017], I was totally undercover,” she says. It’s not forbidden to take a private group, but she thought it wise to keep the radical nature of her tour groups quiet. She adds that she “took advantage” of the fact that as a “white girl with an Anglo-Australian accent” often the security staff assumed she had official status.

Gallery custodians are often riveted by her presentations. “They come up and ask questions,” she says. Only once has an accredited guide interrupted to ask her group if they would prefer an official tour. All declined.

Others have been less kind. British Conservative MP Kwasi Kwarteng, for example, is reported to have described her approach as “babyish and silly”.

Yet it is surely relevant, as she points out on her tour of the National Gallery, that John Julius Angerstein, whose collection is key to the institutional holding, made his fortune from the slave trade. It doesn’t mean that the paintings or the institutions are invalid but it does raise questions. Who is present? Who is absent? How are figures represented? When we know the detail of its financial foundations, we might ask what British culture would look like without the historically dirty money that props it up. Would it disappear? Unlikely. But it might change.

Why does she think the notions she addresses continue to meet resistance? “I think it’s partly from a lack of empathy, and partly from just not knowing the history of the object. If you don’t understand how important these things are to another community, you’re going to assume you have the best possible claim on them,” says Procter. 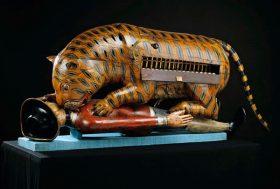 Her mapping of these hidden histories is the most compelling reason for reading The Whole Picture. From the tangled origins of “Tipu’s Tiger” (1703), a wooden model in the V&A of a big cat wrestling with a British officer, to the problematic display in the British Museum of a stone carving from c1850-70 showing the assault on an Indigenous Haida woman from the Pacific Northwest by a male figure in Euro-American dress, the backstories she provides give objects a new vitality. Such narratives provoke an emotional response in a way no bland exhibit label ever could. They have the potential to restore the humanity that is at the origin of every made object before it is eradicated by the process of commerce, collection and institutional display.

She may be “very much in favour of restitution” but Procter is not naive. “I understand that it can’t be a uniform policy,” she says. What she wants to see are changes in the legal structures of museums to allow the process of restitution to take place more smoothly. For example, the British Museum Act of 1963 only allows for the disposal of objects if they are damaged, duplicates or printed matter that has been replicated by photography. There is another clause that states objects can be removed if they are “unfit to be retained” and their disappearance will not be detrimental to “students”. However, this point is rarely interpreted to mean “ethically unfit”.

Procter’s most urgent complaint is addressed to museums that are storing artefacts of sacred and symbolic value in their deposits. “If you’re going to hold these objects on the basis that people need to access them, you should be doing everything you can to guarantee that access.”

She is pushing a door that is already ajar. The media coverage of restitution, Procter notes, has “dramatically increased” and museums are engaging with the issue more actively. Although the British Museum refused to return the mokomakai, it did return other objects New Zealand had requested.

Some museums, including the Barber Museum, Birmingham Art Gallery and Watts Gallery, have now approached Procter to run tours officially. She has made audioguides for Tate and, on Tate Modern’s invitation, ran a tour of the latest Turbine Hall commission, an anti-slavery installation by American artist Kara Walker.

These institutions are wise to see her as a force for good. “I do the work that I do because I want museums to be better,” Procter says.