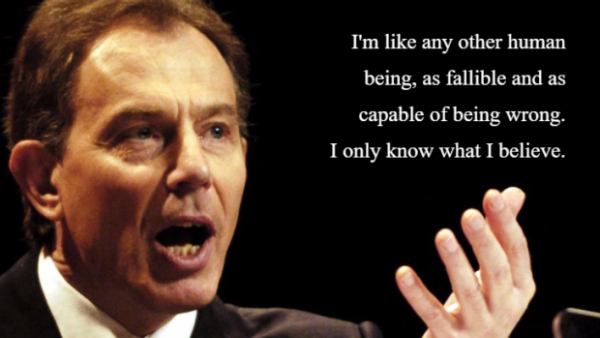 It’s become fashionable to speak of “post-truth politics” and the “post-factual era”. And while that memorable utterance from the Trump White House alerting us to the existence of “alternative facts” had all the shock value of a seismic shift, the reality is that blatant public falsification has been with us for some time, quietly developing to its current malignant state.

Recent history suggests that Donald Trump is not so much an originator as a more outrageous heir to a school of lying that has been well used by others to obfuscate truths and avoid accountability. For example, the invasion of Iraq, under the pretext of searching for weapons of mass destruction that didn’t exist, rested on “alternative facts” from the start. London and Washington heavy-hitters made sizeable dents in political credibility as they scrambled to justify the unjustifiable and defend the indefensible. Chilling, indeed, was British prime minister Tony Blair’s curt dismissal of evidence contrary to his position – “I only know what I believe” – to a disbelieving Labour Party conference in 2004. How can you argue at all logically with a statement like that?

But even more alarming was what emerged across the Atlantic when United States officials were faced with questions about Iraq. In an interview with The New York Times‘ Ron Suskind, a senior White House aid (unnamed, but widely thought to be then president George W. Bush’s chief strategist, Karl Rove) offered what amounts to a philosophical underpinning of alternative facts.

When Suskind put contrary evidence about Iraq to the aide, he was told bluntly that people like him (Suskind) were “in what we call the reality-based community”. The official put Suskind among the “people who believe that solutions emerge from your judicious study of discernible reality”.

To a stunned Suskind, the official continued: “That’s not the way the world works any more … We’re an empire and, when we act, we create our own reality. And while you’re studying that reality – judiciously as you will – we’ll act again, creating other new realities, which you can study, too, and that’s how things will sort out.”