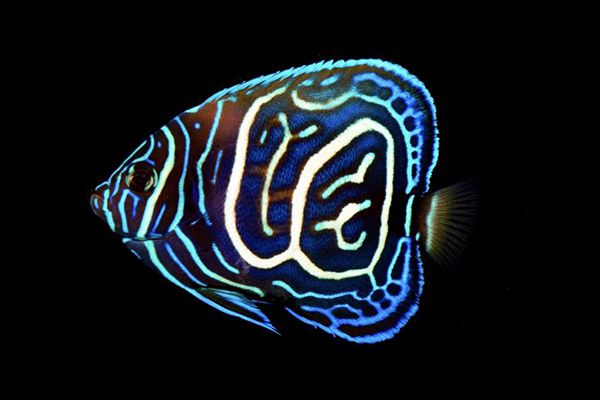 There Are Many More Angelfishes in the Sea

Why do some fish species form hybrids while others don’t? In attempting to answer this question, new research has uncovered that angelfish are the chief hybridizers of coral reef fish.

Renowned journal Proceedings of the Royal Society B has a new front cover fish: the marine angelfish. It commands star power due to a new study highlighting the remarkably high incidence of and the tendency for hybridization in this family (even between divergent species), more so than in any other group of coral reef fishes.

Hybridization refers to the process by which two different species mate and produce hybrid offspring.

The research was led by Yi-Kai (Kai) Tea, PhD candidate at the University of Sydney’s School of Life and Environmental Sciences.

He and his colleagues, Professors Nathan Lo and Simon Ho, Dr. Joseph DiBattista from the Australian Museum, Jean-Paul Hobbs from the University of Queensland, and Federico Vitelli from Edith Cowan University, sought to explore why only some fishes create hybrids and the factors that facilitate this. 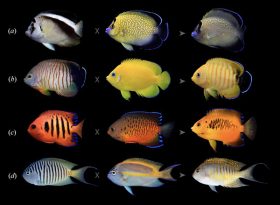 Hybrids of marine angelfishes are often easily recognized due to their striking coloration. Offspring with hybrid ancestry often have varying levels of intermediate coloration patterns aligning with both parent species. Credit: Photographs by Y.K. Tea.

After deciding to focus on “one of the most charismatic and iconic groups of coral reef fishes,” the marine angelfish, they found that 42 species – nearly half of all known species of marine angelfishes – create hybrids.

“This is among the highest incidences of hybridization in coral reef fishes,” Mr. Tea said.

“We also found that hybrids are frequently produced even between angelfish species that are distantly related to each other; some separated by over 10 million years in evolutionary time.” 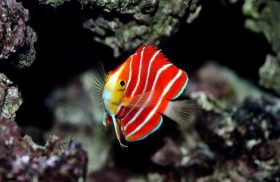 “This genetic separation is quite astounding, considering that hybrids are rarely reported between species that share more than 2 percent in genetic distance,” Mr. Tea said. “Though coral reef fish hybrids are common; they are usually formed by closely-related species.”

A third key finding was that angelfish hybridize wherever different species exist. This contrasts with other coral reef fishes, which tend to only hybridize within certain zones of their shared habitats.

Advances in molecular techniques have made hybrid identification much easier, though identification of unilateral maternal inheritance of mitochondrial DNA. The squiggly hybrid of Paracentropyge venusta x P. multifasciata here has maternal ancestry from P. multifasciata. This remarkable hybrid is known from few museum specimens, with the Australian Museum Research Institute housing two species (AMS I. 48937¬-001 and AMS I. 48938-001). Credit: Photographs by Y.K. Tea, H. Senou, and J. Williams.

“In terms of coral reef fish hybridization, much remains unanswered, particularly in the context of why, and how hybrids are formed. We still don’t know why some species hybridize and others don’t. For example, the regal angelfish, Pygoplites diacanthus, is found throughout the Indian and Pacific Oceans, yet no hybrids have ever been reported for this species,” Mr. Tea said.

“In terms of cracking the secrets to hybridization in coral reefs, we’ve only just scratched the surface.”