You are here: Home » Articles filed under: 'News' » Article: 'AM explores a pink slug’s future in context'

AM explores a pink slug’s future in context 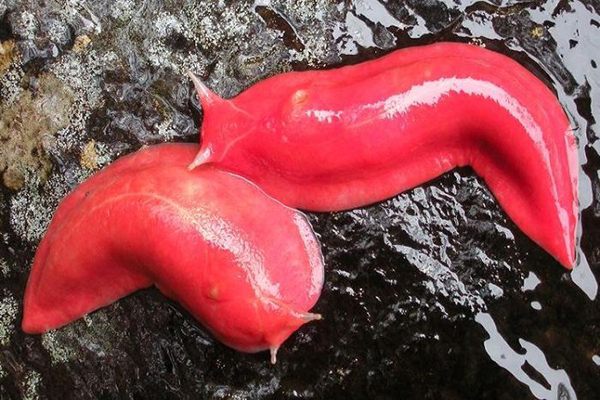 It was feared the slugs could have been wiped out by fires. Supplied: Namoi Catchment Management Authority, K J Lowe.

A giant, fluorescent-pink slug that is only found on the slopes of an extinct volcano in Mount Kaputar National Park has survived the bushfire crisis after blazes tore through its limited habitat.

Bushfires first blazed through the park, near the NSW town of Narrabri, in October, causing extensive damage to the area.

The fire continued to rage into November, with the Namoi Valley Independent reporting at least 17,000 hectares of the park were burnt.

“There had been fears for this unusual species after fire impacted much of its alpine habitat,” a NSW National Parks and Wildlife Service Facebook post said.

Because their habit is so small and specific to the ancient volcano, it did not look good.

However, NSW Parks and Wildlife rangers spotted about 60 of the eye-catching slugs after they were drawn out by rainfall.

The slugs are known for coming out of their hiding places after rain.

NSW Parks and Wildlife shared the positive news on Facebook after previously grim updates amid the bushfire crisis.

“They may not be as cute as koalas or wallabies, but this species also plays an important role in its ecosystem,” the post read.

Why are they so rare?

The unique ecosystem the slugs call home is very isolated and not very big.

“A volcanic eruption 17 million years ago on Mount Kaputar kept a small, 10-square-kilometre area lush and wet even as much of the rest of Australia turned to desert,” a CSIRO Instagram post said.

“This changing environment marooned the plants and animals living on Mount Kaputar from their nearest neighbours for millions of years, making the area a unique haven for species such as the pink slug.

“Because the pink slugs live in beds of red eucalyptus leaves, their colour could potentially serve as camouflage, helping the animals blend in to their leafy habitat.” 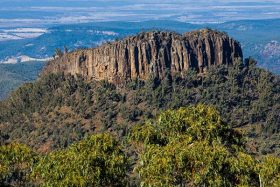 The slugs prefer the damp conditions in this mountainous refuge, but somehow, some survived the bushfire.

Senior research scientist at the Australian Museum Frank Kohler told The Guardian the slugs survived the blazes because they had “retreated into rock crevices”.

Dr Kohler estimated about 90 per cent of the slug population was wiped out by the fires and said life would be difficult for the survivors as much of their food sources were burnt.

The park is still closed due to fire damage and is not expected to open until February 28.

The giant pink slugs emerge from the leaf litter on the forest floor at night, feeding on the algae and mosses under the cover of darkness.

Slug spotters will see them slinking back to their hiding places on cool, misty mornings.

The slugs, which go by the scientific name Triboniophorus aff. graeffei, grow to around 20 centimetres long and 6 centimetres wide.

Their bright pink colouring is iconic, with the NSW Officer of Environment and Heritage dubbing the “charismatic” species “the face” of its endangered community.

The danger is not over

While some of the species has survived this bushfire, other factors threaten the neon pink slugs.

Feral pigs, rats and land clearing pose a real danger to the population of pink slugs and their less colourful — but equally important — snail neighbours.

One study singled out climate change as the biggest risk, suggesting the slug’s habitat could be reduced by as much as 50 per cent.

“High-elevation ecosystems are considered particularly vulnerable to the effects of climate change, and Mount Kaputar is already right on the edge of what is considered a subalpine ecosystem.

“It’s likely that the ranges of the endemic snail and slug species will contract or possibly even disappear altogether.”