You are here: Home » Articles filed under: 'News' » Article: 'AM Goin’ froggin’ proves a popular pastime' 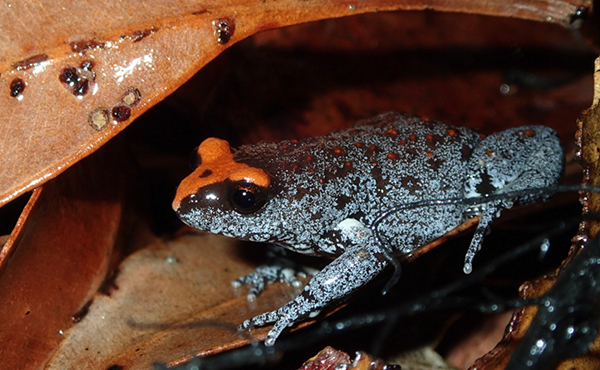 FrogID has impressive numbers all round

Each week Cosmos takes a look at projects and news about citizen science in Australia. This week we talk to FrogID chief scientist Jodi Rowley.

Last week the Australian Museum (AM) reported a remarkable piece of news: its citizen science FrogID program surpassed 200,000 validated frog records. That makes FrogID – launched in November 2017 – one of the country’s most successful citizen science projects.

The 200,000th record came with a recording from southern Sydney of the threatened red-crowned toadlet (Pseudophryne australis). A citizen scientist named Tom recorded the call on the FrogID app. He’s one of more than 30,000 people across Australia who are currently registered with FrogID. The app’s been downloaded more than 140,000 times. 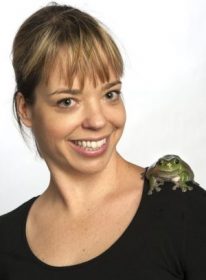 Spend some time talking to FrogID chief scientist Jodi Rowley – who is curator of amphibian and reptile conservation biology at AM and a PhD supervisor at the University of NSW – and you get the idea that such a level of interest is a jolly good thing.

“We don’t yet understand how many species of frog we actually have in Australia,” she says. “We don’t know where they’re distributed and really how they’re doing. We’ve already lost at least four species of frog and there are about 36 that are listed as threatened. And that’s out of 240 native species.”

FrogID grew out of this big knowledge gap in Australia – that and the fact, as Rowley says, “there’s not that many frog biologists [in Australia], and Australia is really big”.

The program’s origin is a conversation Rowley had with AM director Kim McKay. “I was telling her how every species of frog has a different call,” says Rowley. “And she said, ‘what we need then is a frog Shazam’. I could never have dreamed that I would be part of the creation of a national citizen science project. That’s just beyond me as a scientist, but with the weight of the museum and Kim behind it, this project actually got going.”

“Frog Shazam” isn’t a bad descriptor for FrogID. As Rowley says, every frog species makes a different sound, and by recording your local frog calls on the app you can both learn about which species live nearby and contribute to the pool of national data. All you need is a smartphone and the app.

“It is like a field guide, but it’s one that we update all the time,” says Rowley. “The project has been going on for three years, we now have this amazing information, and we’re extending the maps of frog distributions all the time. There’s the case of a guy that was a bore runner in the NT, going out and checking the water level for the cattle tanks. He would hear frogs and make recordings, and he made a 100-kilometre range extension for a frog.”

Reliance on recordings of frog calls is perhaps the main benefit of FrogID. There are significant disease transfer issues with frogs – for instance around the deadly chytrid fungus – and researchers really don’t want people to disturb them, especially by handling them, or their habitat.

“I certainly encourage people to take photos if they see a frog,” say Rowley. “Many frogs are hard to identify without a very close look, but you don’t really want people touching one frog and then another because that can really have negative conservation implications.” 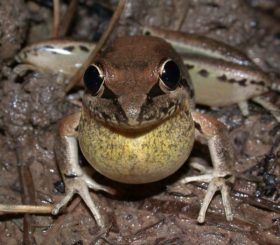 Logged calls go through a series of steps, which may include review by sound-analysis software, to be identified, but the human factor is critical. All calls are validated by a FrogID team member – there are experts in different states who are most familiar with frogs in their state. “If there’s any uncertainty [the recordings] often go to several of us – so that we’re really confident,” says Rowley. “And that’s especially true when there’s a chorus of 11 species calling from western Queensland.”

The growing pool of data helps Rowley and her co-researchers identify where frogs are thriving and where they aren’t, and to learn more about how different frog species are responding to changing climate and environments. Understandably, Rowley would like to see FrogID keep going for as long as possible.