You are here: Home » Articles filed under: 'News' » Article: 'AM Project Discover: A singular civic space' 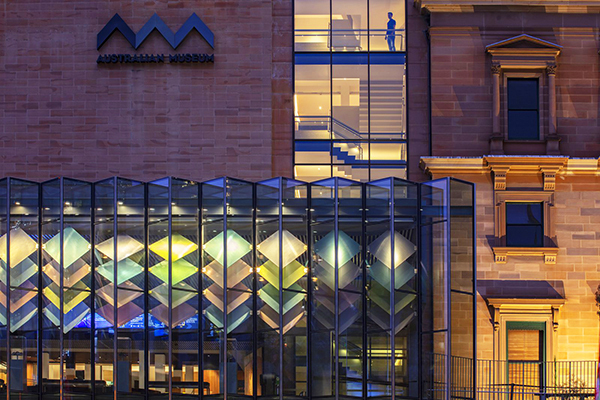 Celebrated for sophisticated stripping back of past layers and exposure of the historical essence of the original Museum, the Australian Museum’s $57.5m renovation known as Project Discover has received three major gongs at the 2021 Australian Institute of Architects (AIA) NSW Architecture Awards, including its top honour, the NSW Architecture Medallion.

The jurors praised the design’s “restrained approach” in its ability to create more with less.

“Project Discover introduces few new materials, instead drawing on the existing material palette and recycling old materials, such as brass balustrades as wayfinding signage. The material response celebrates the building’s historic fabric and ejects a new life and energy.” 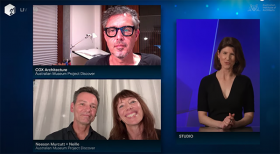 When accepting the award for Heritage, Rachel Neeson emphasised that the key objective was to strip the building back to its bones and add a couple of extra layers “to make the place feel inviting, welcoming and strong.”

She also said how much she enjoyed working at the AM, “I’m a bit of a sucker for a drawer full of butterflies – it’s great fun to work with the Australian Museum.” 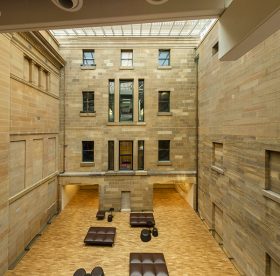 The highest honour awarded by the Australian Institute of Architects NSW chapter, the NSW Architecture Medallion, is selected by the jury chairs from across the categories.

The jury said that Project Discover “creates a singular civic space, and the design prioritises changes that will sustain the Museum into the long term. It reveals and celebrates the Museum’s rich historic layering, creates legibility of movement, universal public access throughout and enhances the Museum’s engagement with William Street.

“The result is a new civic space for Sydney, where visitors enjoy the architecture alongside the exhibitions.”

Project Discover was the first step in the future vision of the AM. Visit the Future Plans page to learn more about what’s next.

Watch the full awards ceremony below.