You are here: Home » Articles filed under: 'News' » Article: 'AM renovations to open with a roar'

AM renovations to open with a roar 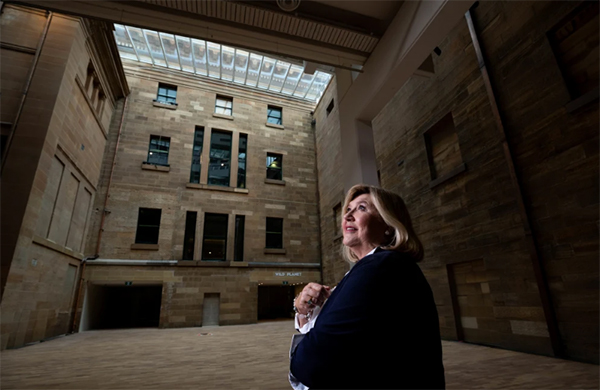 General admission fees to the Australian Museum will be abolished when the nation’s oldest cultural institution lifts the covers on a $57.5 million facelift next month.

Closed for 14 months, the museum’s extensive renovations have turned a rabbit warren of public and back-of-house spaces into two voluminous exhibition spaces, while revealing the beauty of its historic sandstone wings, and uncovering a historically significant convict drain in the process.

“It’s about liberating space for the public, back of house space for public use, it’s pretty special,” museum chief executive Kim McKay said as she surveyed the final preparations before construction firm Kane returns the keys on Friday.

“The Museum has been renovated from top to bottom. Not one single level has been left untouched.”

For its highly anticipated November 28 opening, the museum has flown back its travelling dinosaur exhibition from Europe, where it was last displayed at the National Museum of Scotland.

Last seen at the museum in 2013-14, Tyrannosaurs: Meet the Family will be the museum’s opening exhibit, accessible by an extra charge.

It will be staged in the basement level of the museum’s spacious new Touring Hall where Egyptian mummy blockbuster Tutankhamun: Treasures of the Golden Pharaoh was to have opened in February 2021 before it was recalled by the Egyptian Ministry for Antiquities.

The Australian Geographic Nature Photographer of the Year exhibition, which will be free to see, will be staged in the refurbished Grand Hall. Ms McKay hopes the space will become a popular meeting location, hosting music and performances in summer.

The Art Gallery of NSW is the model for the new pricing scheme that combines free entry and ticketed events. The move has the support of Arts Minister Don Harwin who described the renovated Australian Museum as a “truly civic space for Sydney”.

Ms McKay would not specify how much in foregone revenue the removal of general admission fees would cost the museum beyond saying that it would amount to several millions of dollars. 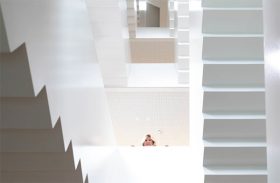 Inside the renovated Australian Museum, which will open next month. Credit: Janie Barrett.

But she said the museum was confident that visitation would double over the next five years, from close to 500,000 annual visitors recorded before closure in August 2019, without a price barrier.

Any projected deficit would be recouped through new events and programs, and purchases at the museums cafes, the terrace restaurant, and expanded lobby gift shop.

The museum’s Project Discover rennovation has cost $57.5 million, of which the NSW Government contributed $50.5 million. The remaining $7 million has come from private donors, including one benefactor who has received naming rights to the Grand Hall.

Rounding entry through the Crystal Hall, visitors will now encounter a breezy circulation space where once they would have been funnelled into internal stairways and lifts.

From the lobby, visitors will step through to the Grand Hall, now the length of three tennis courts, a voluminous space by which they can move into the Westpac Long Gallery, Wild Planet exhibition, and the First Nation’s galleries.

Two floors down, in the basement, is a space of 1000 square metres where T-Rex and future blockbusters will be staged. McKay says negotiations are well advanced for future summer international exhibits, COVID-19 permitting.

Negotiations are continuing with the Egyptian government to determine if the world tour of Tutankhamen can be restarted. had been expected to bring 800,000 visitors to the museum before it was cancelled, as well as a share in merchandise sales and a guaranteed space rental fee.

For children, there is a “prehistoric” playground next to a new family-friendly cafe, and two classrooms for school groups but it will be a year before the interactive Search and Discovery area will be replaced.

The museum has recalled its collection of Egyptian artefacts loaned to University of Sydney’s Nicholson Museum and Macquarie University and they will be placed on permanent exhibition within the next two years.

The world-renowned Albert Chapman Mineral Collection, featuring some 550 specimens, will also next year return from the Australian Fossil and Mineral Museum in Bathurst where it went while renovations were underway.