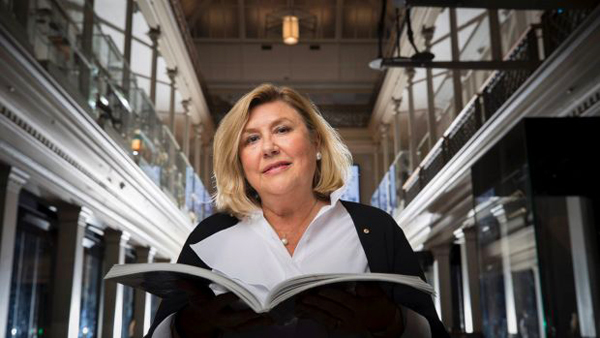 The Australian Museum has asked the NSW government to fund a new $55 million exhibition space large enough to host international blockbusters that it often loses to Brisbane and Melbourne museums.

The plan – part of a revised masterplan designed to generate immediate returns to the state – would lift visitor numbers to a million a year by 2020 and generate $1.55 in revenue on every dollar spent, says a cost-benefit analysis by consultants Deloitte Australia in Sydney.

Museum director Kim McKay will seek cabinet approval for the $55 million project (except for $7 million from private donors) that would add an exhibition space of 1800 square metres that is big enough to host valuable blockbuster exhibitions like Tutankhamun.

Established in 1827, the Australian Museum is the country’s first public museum, with more than 100 scientists,  but its floor space is a fraction of similar institutions around Australia and in the region.

Although the government has pledged to make Sydney a cultural destination, Ms McKay now faces huge competition for government funding and attention. In addition to the government’s controversial $2.5 billion plan to expand and rebuild its stadiums, expected to be considered by cabinet in the next month, nearly every major arts institution – from the Sydney Theatre Company to the Sydney Dance Company and the Opera House – is either rebuilding or asking for funds.

Ms McKay’s pitch is similar to that of the Art Gallery of NSW, which gained approval for $244 million last year to double its exhibition space so it, too, could host large international exhibitions. Announcing the AGNSW funding, NSW Arts Minister Don Harwin then said: “For too long NSW has lost out to Melbourne and even Brisbane when it comes to attracting major international art exhibitions, but that will change now. The arts play an important role in the visitor economy and are central to the quality of life we enjoy.”

No comment was available from Mr Harwin’s office yesterday on the Australian Museum expansion plan.

To create a space for visiting exhibitions, Ms McKay said the revised masterplan would double the length of the Neeson Murcutt-designed glass Crystal Hall on William Street. It will build a new exhibition space in the open air void below the existing and expanded structure. It would convert existing office space and storage in the 1959 sandstone-clad Parkes Farmer building, next to Crystal Hall,  into exhibition space.

“Until we have that, Sydney won’t be competitive. It is about ensuring that we remain competitive as a museum and continue to grow and thrive.”

Most blockbusters need at least 900 square metres of floor space and a ceiling height of five metres.

Melbourne Museum’s 40,000 square metres – compared with the Australian Museum’s 6500 square metres of public space – meant it could host exhibitions like Tutankhamum in 2011, attracting 796,277 visitors, and Titanic: The Artefact exhibition, which 558,000 visitors attended.

Ms McKay withdrew an earlier masterplan in mid-2017 and split it into two. She also expanded the visiting exhibition space. With so many projects before the state government, Ms McKay said experience had shown that if she had gone for the entire masterplan upfront “we probably wouldn’t get anywhere”.

The new exhibition space forms stage one, and the bulk of the original $285 masterplan is now slated to start in 2020 and open in 2024 if it gets government approval. This includes a new eight-storey building and a grand hall in the middle of the Sydney block bounded by William, Elizabeth and Yurong streets that would let the museum put more of its 18.5 million objects on display.  In total, the two stages of the plan were estimated by Deloitte to quadruple floor space and generate more revenue for NSW with an estimated 216,000 tourists looking for about 140,000 bed nights a year.