You are here: Home » Articles filed under: 'News' » Article: 'AM teacher who loved her job'

AM teacher who loved her job 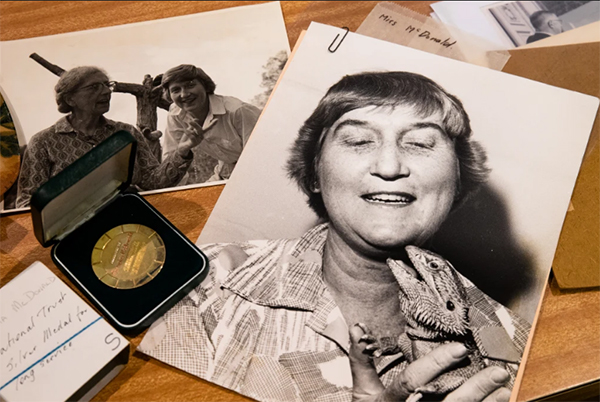 Julie Power, Teacher who loved her job at the Australian Museum so much she left it $7 million, The Sydney Morning Herald, 24 February 2021

Turn a train into a travelling museum? Put a museum in a box? Chew on seal skin? Engaging young people in science in these ways was unimaginable until a 24-year-old science educator Patricia McDonald started working at the Australian Museum in 1953.

After her death in 2018 at the age of 89, the late Ms McDonald left the museum a $7 million surprise – a bequest to nurture future generations of scientists. From a family of modest means, Ms McDonald had saved and invested her public service salary of 35 years in shares.

It is the biggest single gift ever received by the Australian Museum.

On Wednesday, the museum will open the Patricia McDonald Education Rooms to fulfil her wish the money be used to nurture lifelong learning.

Growing up between the Depression and World War II, the McDonalds came from a generation where thrift was a virtue, clothes were handmade and paper bags were folded for reuse. Ms McDonald’s older sister Pam Mountfort, 93, said after school they’d pick tomatoes their father had grown, and sell them for sixpence a pound. 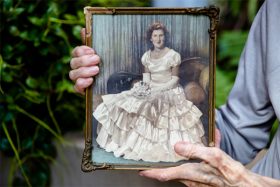 Pamela Mountfort holding a photo of her younger sister, Pat McDonald, at a Sydney university ball in a dress made by her mother. Credit: Edwina Pickles.

In 1962, Ms McDonald, who never married and was then earning about $48,000 a year in today’s dollars, convinced a bank to lend her money to buy a house owned by another museum employee. “She was ahead of her time as a young woman by herself,” said Mrs Mountfort of Kirribilli, adding that the proceeds from the sale of this house now came back to the museum. 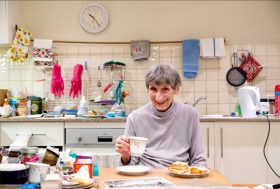 Pam Mountfort is the sister of Pat McDonald. She said her sister had scrimped and saved, and invested her public service salary in shares, to leave a bequest to the Australian Museum. Credit: Edwina Pickles.

Director of the Australian Museum, Kim McKay AO, said its educational programs “would not be what they are today without the ground-breaking work of Patricia McDonald, a true education pioneer.” They reached 150,000 students on site, online and via outreach programs a year.

When Ms McDonald started at the museum, she was housed in the “tin shed”. “It had electric light, but it didn’t have any water. It didn’t have power points,” she recalled in 2004.

Getting specimens from scientists to show children was difficult. “Their precious specimens? Goodness me – phaw! So there was that sort of difficulty. Once they got used to me, I suppose – got used to this wretched woman who kept asking for things – things got a bit easier,” she said.

As chief education officer, she also presided over the launch of the museum train taking exhibitions to students across NSW and after school and holiday programs for children called the Discoverers’ Club. 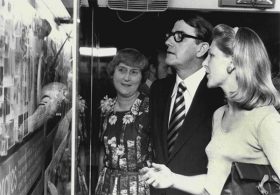 Ms McDonald often returned from conferences full of ideas. Going to New Zealand inspired the idea for museum in a box, specimens lent to schools. From a trip to Canada, she brought back specimens of Eskimo materials, such as stiff sealskin boots. “The teacher had to explain: well now if you’re going to make these [boots] you’re going to have to chew the leather, so she’d bring out some leather and the kids had to chew it,” she said.

“It was that sort of idea behind it that you’re involving the children. It’s not just a display you put on the wall, it is something that involves the kids and gives them a better understanding.”

Students in the Discoverers Club produced and wrote an environmental opera about a spaceman landing on earth and wondering: “What on earth are they cutting all the trees down for, and why are they digging up all that natural vegetation?”

Businessman Sir Michael Hintze, who donated $5 million to the museum’s rebuilding program, said the programs Ms McDonald launched had inspired him and many others. “It made the museum come alive, excited the imagination and created my curiosity and thirst for knowledge,” he said.