You are here: Home » Articles filed under: 'News' » Article: 'AM to host Tut exhibition'

AM to host Tut exhibition 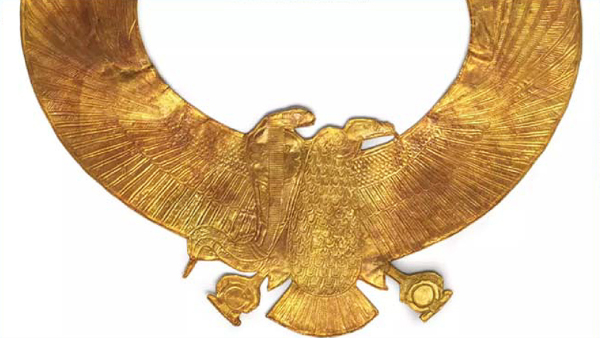 The Gold Wesekh Collar and Counterpoise will travel out of Egypt for the first time. (Supplied).

If anyone knows one name from ancient Egypt it is Tutankhamun, and soon Sydney will know a lot more about the boy king.

The Harbour City will be one of only 10 cities in the world to host the largest King Tutankhamun exhibition to ever leave Egypt, and to welcome it — a $50 million museum upgrade.

This is the final time the blockbuster Tutankhamun: Treasures of the Golden Pharaoh exhibition will be able to be viewed anywhere outside Egypt, where it will soon be permanently housed.

To accommodate the 150 exquisite objects from King Tutankhamun’s tomb — the most intact royal tomb ever to be discovered — the NSW Government on Monday announced it would carry out a $50 million upgrade of Sydney’s Australian Museum.

This is to cater for the predicted 800,000 visitors expected during the six months of the exhibition.

So what draws people in to one of history’s greatest unsolved mysteries?

“People are fascinated with Egypt and they always have been … and it is a fascinating story — the boy king,” leading Egyptologist Constance Lord from Sydney University said.

“The 5,000 things that were found in his tomb were endlessly amazing. From gold right down to everyday items,” Dr Lord said.

King Tutankhamun’s tomb held an unprecedented amount of treasures and because it was so well hidden in the Valley of the Kings it escaped the pillaging that befell other tombs.

It was nearly untouched when discovered by British archaeologist Howard Carter in 1922.

The exhibition, which will arrive in Sydney in 2021, will include 60 treasures that have never been seen outside of Egypt before, Australian Museum director and chief executive Kim McKay said.

“Some of the objects out of the 150 in the exhibition items include a gold mesh collar, featuring a vulture with its wings spread. Embalmers placed several of these sorts of collars in between the bandages that were wrapped around the mummies,” she said.

“I know that some of the coffinettes are coming out. The one that held his liver — it is minute work, such beautiful work — the skill, the care that went into the design,” Dr Lord said.

Ms McKay said she cannot reveal which other cities will welcome the exhibition for six months after Sydney.

“Sydney is number five of the cities — the remaining cities are secret,” she said.

The $50 million upgrade to Australia’s oldest museum is part of next week’s state budget and State Treasurer Dominic Perrottet says it would deliver a boost to the NSW culture economy.

“This expansion will not only bring the world’s biggest blockbuster exhibitions like Tutankhamun, it will also bring flow-on benefits for local businesses,” he said.

After the upgrade, which will see exhibition halls expanded and create new education facilities, the number of school student visitors will double to 100,000 a year.

“The Tutankhamun exhibition is a game-changer for Sydney and Australia,” NSW Arts Minister Harwin said.

The Egyptians are rebuilding the museum which normally holds the artefacts, with a new Grand Egyptian Museum to open near the Giza pyramids in the future.