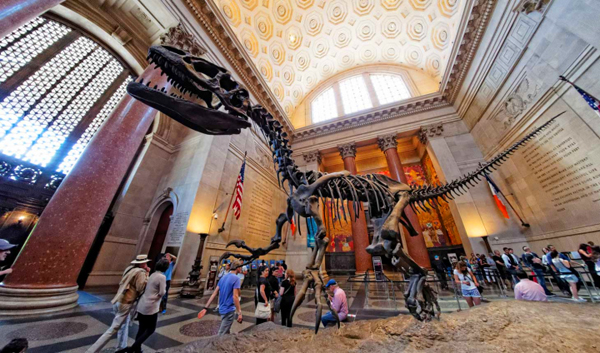 A coalition of over 5,000 New Yorkers has protested the museum’s expansion into Theodore Roosevelt Park, but on Monday, a judge allowed the $383 million project to move forward.

The American Museum of Natural History has been given the green light to proceed with construction of the $383 million Gilder Center for Science, Education and Innovation after a Manhattan Supreme Court judge ruled on Monday, December 10 that the project can move forward, shutting down a lawsuit from the organization Community United to Protect Theodore Roosevelt Park opposing the expansion.

Judge Lynn Kotler had first paused construction of the Gilder Center in October when she issued a temporary restraining order on construction of the five-story building, but now says the 19th-century lease between the city Parks Department and the museum does not limit the possibility for the museum’s expansion. Documentation from 1876 shows the Parks Department would “enter into a contract with the [Museum] for the occupation by it of the buildings erected or to be erected.”

Over 40 incensed community members have collected more than 5,000 signatures opposing the center since it was announced. They worry the massive building will further encroach on Theodore Roosevelt Park, where the museum sits, saying it will destroy the park and pose a safety risk through its long-term construction.

The museum announced its plans for the Gilder Center in 2015, and in 2016 the institution amended its original plan for the building, reducing the wing from one-half acre to one-quarter acre and reducing the number of trees needing to be removed from nine to seven.