November 9th, 2019 | Browse other: News. | Tagged with: Half Of All Fish Aussies Eat Is Mislabelled, The Sunday Project | 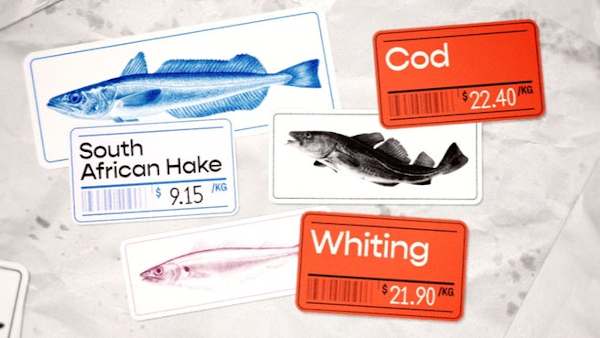 Siobhan Kenna, Fish Fraud: Investigation Finds Up To Half Of All Fish Aussies Eat Is Mislabelled, 10 Daily, 3 November 2019

Fish and chips are a staple in the diet of any Australian in the summertime, but if you’ve them in the last year there’s a high chance you’ve consumed something that was mislabeled.

A review into worldwide fish labelling in shops from 2018 found that nearly a third of the seafood we eat is mislabelled. Mislabeling can occur by accident when a fish is misidentified or it can happen deliberately for financial gain.

Now, a team of producers from The Sunday Project has investigated seafood mislabelling in Australia, to see how common it is here.

The team purchased 24 samples of fish from a range of restaurants, supermarkets, takeaway shops and fish markets in Melbourne and Sydney and had the seafood DNA tested to see if the label matched the product.

Shockingly, the results revealed a whopping 50 percent of fish tested has been labelled as something else when sold.

According to The Sunday Project, takeaway shops accounted for 65 percent of the mislabelled fish samples.

“Our results were that half of our samples were mislabelled so seven of the 24 samples were completely the wrong identification and another five samples were using obsolete names,” Senior Research Scientist at the Australia Museum Dr. Andrew Mitchell told The Sunday Project.

The biggest discrepancies included a cheap South African Hake being sold as the more expensive Whiting and Cod and a grilled Snapper which turned out to be Nile Tilapia — a highly invasive species known to destroy native fisheries.

Retailers and restaurateurs in Australia have no legal obligations to accurately advertise the fish they serve. In fact, correctly labelling seafood is voluntary under the Australia Fish Name Standard.

One of the major issues that surfaced in The Sunday Project’s investigation was the question of who to report the mislabelling to.

The team contacted the ACCC, Food Standards Australia and New Zealand (FSANZ) and the NSW Food Authority with its findings. The ACCC referred the producers to FSANZ and FSANZ referred them to the ACCC.