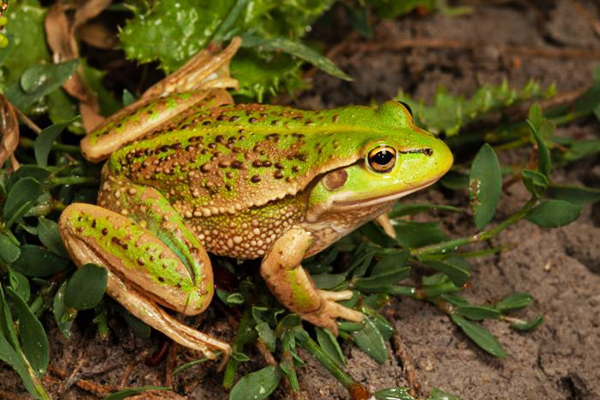 With showers forecast across Tasmania this week some would say ‘it is good weather for ducks’ but it is great weather to hear frogs. 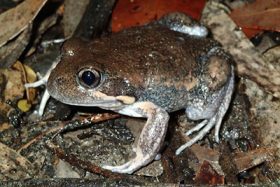 Tasmanians are encouraged to join a citizen scientist project to monitor frog populations and help save them from extinction.

“We desperately need more records from around Hobart and across Tasmania as a whole,” the Australian Museum’s frog expert Jodi Rowley said.

The Australian Museum is collecting frog sounds from around the country through a free smartphone app called FrogID.

Tasmania is home to 11 of Australia’s 240 known frog species, three of which are endemic to the state.

Dr Rowley would like Tasmanians to record any frog sounds they can hear at dams, creeks and wetlands.

“You don’t have to disturb the frogs or get into a dam, you don’t need to even see the frog,” Dr Rowley told Helen Shield on ABC Radio Hobart.

“All you need to do is eavesdrop on them.

Listen out for frogs

It is hoped one million Australians will download the app during Frog ID Week so researchers can get a clear picture of frogs across Australia.

“FrogID is all about listening for these crazy calls whether it’s motorbike frogs or hooting or moaning or whistling and recording those calls to help us get an understanding of where frogs are and how they are doing,” she said.

Last year the museum collected 5,000 records, but this year are aiming for an ambitious 10,000 frog sounds.

Participants will need to record 20 to 60 seconds. 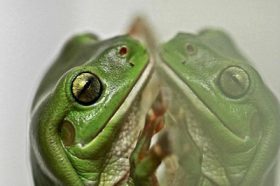 During the last count it was revealed the green tree frog was almost gone from Sydney. ABC Open contributor snapsmash.

“We’ll receive it into the database and someone like myself will listen to that call and identify all the species we can hear calling and let you know,” she said.

“So you’ll learn about the frogs around you, and most importantly you’ll help us map frogs across Australia.”

During the last count, researchers learnt that frogs are being accidentally transported around Australia and popping up in locations they are not usually found.

“We also realised that some frogs are disappearing from parts of their range,” Dr Rowley said.

The frog count revealed that the green tree frog was almost gone from Sydney, an area it was once prevalent.