August 14th, 2019 | Browse other: News. | Tagged with: Australia Council, Create NSW, leading arts professionals will be given a say in funding of artistic companies across NSW | 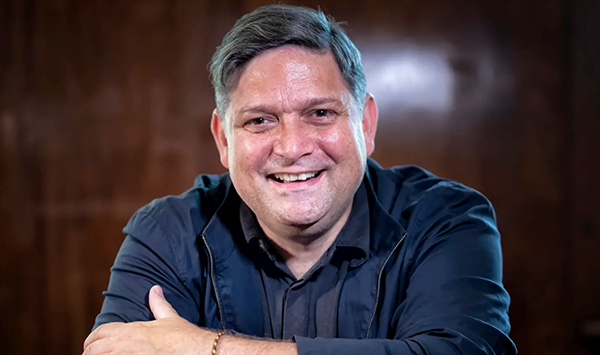 The artistic director of Sydney Festival, Wesley Enoch, has a new job chairing the Aboriginal Art and Culture Board for the NSW government. Credit: Luis Enrique Ascui.

Sydney Festival artistic director Wesley Enoch, millionaire philanthropist Simon Mordant, books presenter Jennifer Byrne and former ballerina Lucinda Dunn are among a who’s who of leading arts professionals who will be given a say in the multi-million dollar funding of artistic companies across NSW.

The move effectively consolidates influence in the hands of a mix of established arts administrators and emerging and experienced arts practitioners. Forty percent are drawn from western Sydney and regional NSW to ensure “robust advocacy” outside central Sydney, Arts Minister Don Harwin said.

From October the newly constituted boards will begin to consider funding applications specific to their art form, their recommendations to go to the minister.

The appointees have been culled from more than 300 expressions of interest.

One-quarter of all appointments come from major art institutions, including the Sydney Opera House, which has five board representatives, including chair of the contemporary music committee Ben Marshall, who will be assisted by the likes of FBi Radio’s Nikki Brogan, independent singer-songwriter Maria Mitar and MusicNSW’s Emily Collins. 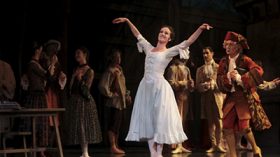 “The Sydney Opera House is not a performing arts company, not an art gallery,” Mr Harwin said. “Their job is to assess who’s best and available and program them at the Opera House – that’s the sort of expert advice that will help the boards make their decisions.”

The funding changes, the biggest in more than a decade, had come about, the minister said, because of unhappiness in the arts sector with the way Australia Council and Create NSW processes had been working since they went to peer assessment.

“Every panel was different and it was difficult to anticipate what assessors expected to see in applications. It’s not that we want predictability, it’s we want high-quality, consistent assessment processes,” Mr Harwin said.

Caps on funding have been removed, potentially increasing the amounts for which applicants can apply. Equipment purchase and minor upgrades could be made but Mr Harwin said there was not enough money in the program to pay for big infrastructure. Board members would sit out any discussions or decisions where they have a conflict of interest.

Assessment criteria will also be pared back from 26 to three, with applicants having to establish that their work has artistic merit and is viable with a realistic budget.

Chairing the eight-member Aboriginal arts and culture board will be Wesley Enoch, helped by Biennale of Sydney’s Brook Andrew and young storyteller, Bee Cruse, among others.

The museums and history board is headed by the Australian Museum’s Kim McKay, the multi-arts and festivals board by Ross Harley, dean of the University of NSW College of Fine Arts, and the theatre board by NIDA chair, Noel Staunton.

The visual arts board chair is Simon Mordant, a contemporary arts benefactor who hit the headlines when he halted his financial support of Australia’s participation at the Venice Biennale after the Australia Council announced changes to the selection of artists and management. Mr Harwin said he could not think of a better chairman.

The executive director of the National Association of Visual Artists, Esther Antolitis, wished her colleagues well as they embarked on these important new roles.

“Guiding policy, program and funding assessments for Create NSW will have significant impacts on artists’ lives, on the development of artform practice and also on the state’s cultural evolution,” she said.

“The excellent collegiate relationships they’ll need to foster will serve NSW well in avoiding conflicts of interest and ensuring that artists and audiences come first, just as NSW taxpayers would expect.”