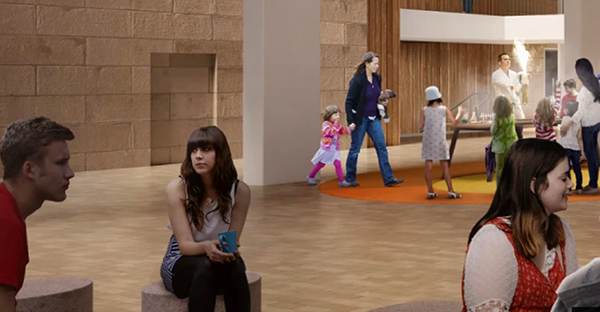 The jobs of 81 casual workers have been affected by the shutdown of the Australian Museum for renovations.

While full-time workers, including scientists and researchers, have been protected from the disruption, casual staff including attendants, ticket-takers and security staff have lost work as the museum undergoes a $57.5 million internal refit to accommodate the King Tutankhamun exhibition, Parliament has heard.

Last week it was announced Kane Constructions had successfully tendered for the expansion that will see the removal of internal stairways, floors and lifts to create touring exhibition halls big enough to house the largest Tutankhamun exhibition to ever leave Egypt, opening in early 2021.

Permanent staff in frontline roles have been temporarily reassigned to other work during the year-long closure.

But casual staff workers have lost shifts. “While contracts for casual staff will not be terminated, we anticipate that there will be very limited opportunities for work to be allocated to casual staff during the closure,” Kate Foy, Deputy Secretary of Community Engagement said.

“The Museum has offered to pass on expressions of interest to Human Resources managers of other cultural institutions and will support casual staff interested in pursuing other opportunities across the public sector.” 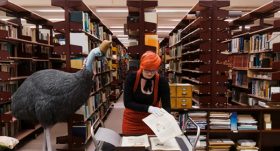 Librarian Adria Castellucci pictured with the book Icones Animalium by Conrad Gessner, published in 1560 and one of the oldest books held in Australia. Credit: James Brickwood.

The museum’s casuals have been offered event work with the museum’s education outreach activities, its Aboriginal Meditation workshops and schools video conferencing program.

The Museum said it would continue to work closely with its staff and provide support during its temporary public closure.

Opposition arts spokesperson, Walt Secord, said government ministers had repeatedly bragged about the blockbuster King Tut exhibition at a renovated Australian Museum, but never once admitted that people stood to lose their jobs until bureaucrats had been questioned in Budget Estimates hearings.

Mr Secord said he was not opposed to the Australian Museum upgrade, but believed the government had a responsibility to help these “part-time workers and struggling students” to find jobs in other departments and agencies.

“These part-time and casual positions are especially important at a time when the storm clouds are gathering over the economy,” he said.