You are here: Home » Articles filed under: 'News' » Article: 'AM’s Mariko Smith on museums as sites of'

AM’s Mariko Smith on museums as sites of

November 8th, 2019 | Browse other: News. | Tagged with: Museums as sites of cultural revival not scientific racism | 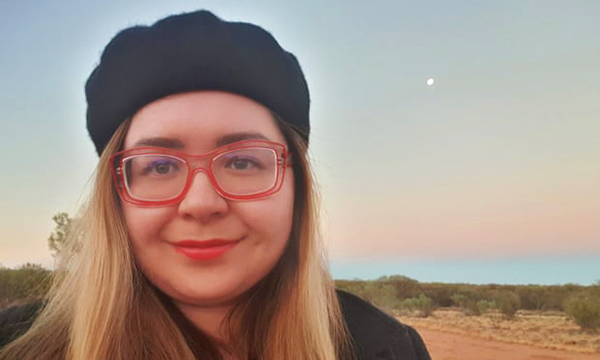 It is only right that museums hand over control and provide better access to our cultural heritage, Mariko Smith says. Photograph: Supplied.

Mariko Smith for IndigenousX, Museums should become known as sites of cultural revival, not scientific racism, The Guardian, 31 October 2019

Researchers once used collections to perpetuate myths about Indigenous ‘inferiority’. Now we are using them to reclaim our knowledge.

In my experience of working in and researching museums, I have noticed that many Aboriginal and Torres Strait Islander collections are focused on northern and central Australia.

This reflects a historical collecting trend where the early contact south-east region was considered no longer “authentic”, effectively dividing Aboriginal peoples into a binary of “traditional” versus “contemporary”. Those from more remote areas, seemingly less impacted upon by whitefellas, are perceived as the archetypes of what “Aboriginality” (relating to people and landscape) would have been most like pre-contact.

As for many coastal areas – colonised much earlier, people removed, Country rapidly cleared and urbanised – it seemed unimaginable that we could have possibly survived all that intact. Aboriginality is considered dead, weak or fake here. This is a legacy which affects us, impacting on identity, wellbeing and representation.

We hear comments like “I haven’t met an Aboriginal person”. Well, you probably have, if you look beyond the archetypes and stereotypes.

Take me, for example. I have an Aboriginal father, descended from strong Aboriginal men and women of the Yuin Nation, south coast New South Wales. My grandfather was an Aboriginal digger in world war one.

At the time, his siblings were not allowed to attend the local school because they were Aboriginal. His mother (my great-grandmother) went to the authorities and successfully argued she didn’t think her son should fight for a country that wouldn’t educate her children in public schools.

This is my ultimate #BlackfullaFamilyMatters story. My mum is Japanese, which explains my first name and my appearance. I pretty much challenge people’s perceptions of Aboriginality by just existing.

Therefore, non-Indigenous people need to move away from the problematic “pan-Aboriginal” one-size-fits-all approach to cultural identity, centred on a scale of acceptable “authenticity”, because it glosses over diversity, complexities in experiences and different socio-historical contexts from other geographic areas. It doesn’t fairly take into account the devastating effects of colonisation on our rights and responsibilities to culture, community, and Country as Indigenous peoples. 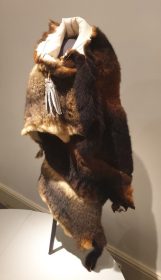 Possum-skin cloak made by Mariko Smith for her daughters, shown in the Grandmother Lore exhibition as part of the 2019 Tarnanthi: Festival of Contemporary Aboriginal and Torres Strait Islander Art at the Migration Museum, Adelaide, South Australia. Photograph: Supplied.

Cultural resurgence (also described by a range of “re-” words, including reclamation, revitalisation, revival) is about asserting our innate resilience. Aboriginal peoples have been inherently capable of responding to adversity and challenges over 65,000 years on this land, and it’s no different during these last 249 years. Culture is adaptive, created through place-based human interactions, produced and shared through tradition and teaching. It is flexible, capable of being shaped over time in reference to changing circumstances, conditions, innovations and influences. Culture continues to be informed by the lessons of our Ancestors, and expressed in many forms including oral storytelling, performance, visual arts and object-making.

Yes, we now use phones, acrylic paints and play Anglosphere sports like rugby league, but these build upon existing Indigenous social and cultural structures – keeping in touch and staying connected with mob, and creating visual representations of culture.

We may use chainsaws instead of stone axes to take bark off trees to make canoes, or synthetic thread instead of kangaroo sinew to sew together possum-skin cloaks (we have to order in pelts from overseas because possums are now endangered in Australia).

But importantly, Aboriginal peoples are also reviving cultural practices that were established by the Ancestors and forcibly taken away by colonists through ethnocidal policies. The objects we create represent who we are as Aboriginal peoples in our communities, and the continuation of our strong links to Country.

Museums should assist communities with Indigenous knowledge reclamation, since they have object and historical photographic collections documenting our culture. It is only right that they hand over control and provide better access to our cultural heritage. These collections operate like teachers, in that they can reconnect us to knowledge about culture. Communities are going into museums and archives to reclaim and revive our cultural knowledges.

I encourage mob to reclaim the legacy – museums should become known as sites of cultural resurgence, not scientific racism. They are institutions which have been complicit in facilitating the collection of “specimens” (Indigenous bodies and material culture) for empirical evidence that has been used to define and categorise human beings into a hierarchy of superiority and justify discrimination based on “race”. Researchers accessed these collections to study and publish papers, which further perpetuated myths about Indigenous “inferiority” under the “objective” authority of knowledge and science.

We are now reclaiming museums’ modes of representation, and changing collection, research and exhibition development practices.

Dr Mariko Smith is a Yuin woman, First Nations assistant curator at the Australian Museum, and honorary associate (School of Literature, Art and Media) at the University of Sydney.

Guardian Australia is proud to partner with IndigenousX to showcase the diversity of Indigenous peoples and opinions from around the country.