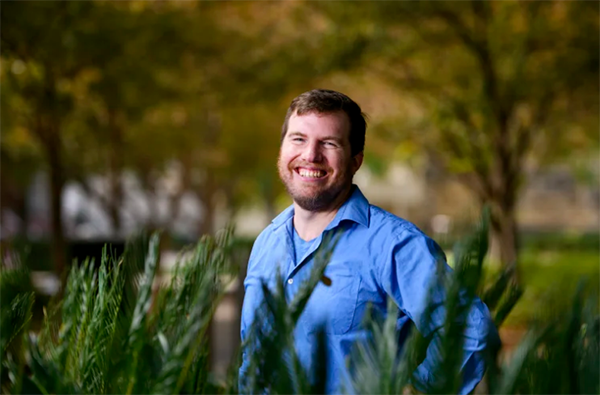 Among the 100 or so mammals that Professor Kristofer Helgen has helped name during field research in 50 countries, the most unusual might be the Skywalker hoolock gibbon of southern China and Myanmar.

The overlooked species of primate was discovered hanging high in the forest canopy and a young scientist from China, who was working alongside Professor Helgen, wanted to choose a name that might appeal to pop culture aficionados.

They came up with the species name tianxing – a Chinese word that described heavenly motion and also translated as Skywalker.

“The actor Mark Hamill, Luke Skywalker himself, grabbed hold of this the moment we announced it, and hundreds of millions of people ended up meeting and learning about this beautiful animal in the news as a result,” Professor Helgen said.

There is arguably no better place to document the richness of mammal life, explore global change and solve problems of biomedicine than Australia. Which is how Professor Helgen, 40, has come to be named the new director and chief scientist of the Australian Museum Research Institute. 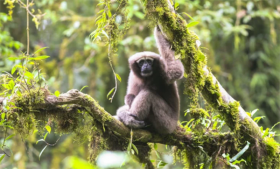 The Minnesota-born scientist replaces Dr Rebecca Johnson who established the museum’s Centre for Wildlife Genomics and is now with the Smithsonian’s National Museum of Natural History, Professor Helgen’s alma mater.

“One day I would be studying specimens collected on safari by Teddy Roosevelt, and then the next day I was hosting a birthday party for one of the Obama daughters in the mammals gallery,” Professor Helgen recalls of his 11 years at the Smithsonian.

“Added to this is Kris’ deep understanding of museums and museum collections, and experience leading major expeditions in the Pacific and around the world and his commitment to conserving the natural environment,” she said.

Professor Helgen has been transfixed by animals since he was a young child with mammals his overriding passion. “I love how they form such a coherent, easily definable group – the creatures on our planet that have mothers that feed them milk – but yet how incredibly varied they are at the same time – body plans as different as platypuses, bats, and whales.

“When you become familiar with all the many ways there is to be a mammal, it puts humanity in a particular context – you instantly realise that in many ways we are just another of the mammal species on the planet, not all that special, but in a few ways, like in having enormous brains, we are very, very special indeed.”

A dedicated public communicator in support of biodiversity discovery and conservation, Professor Helgen first visited the Australian Museum in 1998 as an 18-year-old Harvard student. There he met the museum’s research scientist in mammals, Tim Flannery, who became a mentor.

Professor Helgen said his aim was to make a “lot of noise” so the public understood that most of the magic at the Australian Museum happens behind the scenes, in the study of specimens “collected centuries and decades ago as well as last week”.

The role of the scientist was as important as ever in this time of contagion, Professor Helgen said. The possibility that a coronavirus might emerge from wildlife, he said, had been widely anticipated by scientists and COVID-19 was unlikely to be the last time.

Professor Helgen said scientists studying the variety of life on earth, such as those working in natural history museums, should be more effectively enlisted to surveil viruses occurring in wild animal populations and to set up databases of pathogens.

“If we approach these things a little smarter, it can help both with wildlife conservation and with human wellbeing, and in big ways.”