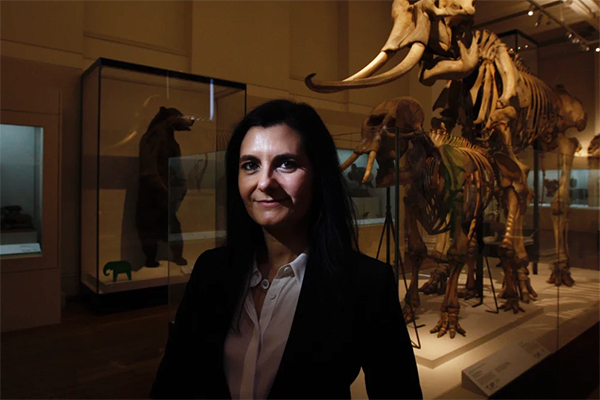 Rebecca Johnson has landed “the biggest and best gig” in the world of natural history with her appointment as chief scientist at the Smithsonian’s National Museum of Natural History in Washington DC.

Professor Johnson, the chief scientist at the Australian Museum, was still reeling on Tuesday from being appointed as associate director and chief scientist of the US institution. “I am excited and honoured by the prospect to join an institution which represents the highest level of scientific endeavour.”

Among her many achievements in her 16 years at the Australian Museum, Professor Johnson sequenced the genome of the koala, an animal she has studied her entire career. She also established a forensic laboratory which has helped authorities crack down on illegal trade of animals.

But she owed her flight to the top of science in the world’s largest natural history museum to Sadako Sasaki, the young Japanese girl who became the face of the children’s peace movement. 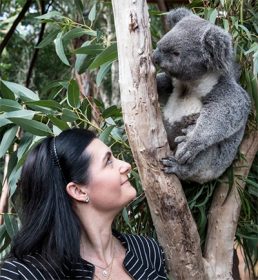 As an 11-year-old at a public primary school on Sydney’s northern beaches, the scientist read Sadako and the Thousand Paper Cranes by Eleanor Coerr.

She was “utterly devastated” to realise that Sadako’s death aged 12 from leukaemia was caused by mankind. Sadako died after being exposed to radiation from the atomic bomb dropped in 1945 on Hiroshima in Japan.

According to Japanese legend, someone who folds a thousand paper cranes will be granted a wish. Sadako folded many more while sitting on a hospital, but her wish to recover wasn’t granted.

After reading the story, Professor Johnson told her family she wanted to become a scientist and cure cancer. She didn’t achieve the latter but she has become one of the country’s most respected scientists.

When Professor Johnson visited Sadako’s statue this year, and saw the thousands and thousands of paper cranes left behind in memory of children like Sadako who died, she “lost it” and cried.

She described the new job in Washington DC as “the biggest and best gig in the world as far as museums are concerned”. The Natural History museum’s collection includes 146 million specimens. It draws nearly five million visitors a year.

The director and chief executive of the Australian Museum Kim McKay said Professor Johnson was a “superbly qualified leader” who had a strong track record of scientific research.

She was highly respected by her peers and she was the first woman to be appointed as director of the museum’s research institute, said Ms McKay.

Professor Johnson discovered koalas had 26,000 genes, more than a human. They also had more detoxification genes than other species, which explained why they could manage a highly toxic diet of eucalyptus leaves that would kill another species. This has helped scientists treat them for chlamydia.

She also found koalas were at risk from habitat loss, urbanisation and disease. But the project identified that the most valuable and least in-bred populations of koalas were in NSW, including Campbelltown and Port Macquarie. Her findings were incorporated into the state’s koala management plan.

Bushfires are estimated to have killed as many as 2000 koalas in NSW plus other species but Professor Johnson said the scientist indicated they could still be conserved.

Professor Johnson said nothing demonstrated the relationship between science and the real world better than the forensic laboratory’s work on bird strikes, which had protected animals while making airlines safer and saving money.

With about five bird strikes a day, the laboratory found more than 100 species of birds and flying foxes had hit planes. As a result, some airports changed departure times of flights to avoid wildlife.

At a time when science was under attack, Professor Johnson said collections like the Natural History’s were more important than ever.

Professor Johnson, who has been recognised for leadership of women in science, said she was grateful to Ms McKay for appointing her in a leadership role.