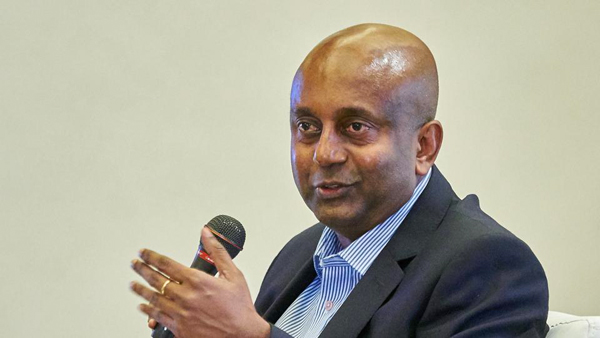 “About 90% of museum staff are not trained… and yet I would not say that funding is the biggest issue,” says Vinod Daniel.

Let people contribute to museums, involve local communities, combine events set in the past with contemporary gigs and pop-up events — these are some of the ways India’s conservationists could make their institutes more relevant to more people, says heritage expert Vinod Daniel.

The chair of AusHeritage, Australia’s cultural heritage network, and member of the International Council of Museums (ICOM), Paris, specialises in training conservation staff. With a degree in chemical engineering, he also consults on the science of preservation, and has worked in this capacity with the Getty Museum in LA and the Australian Museum in Sydney.

Daniel, 55, is currently in the country to consult with museums in the region, from Maharashtra to Myanmar.

“There is a stark shortage of skilled workforce in the museum sector in India, and that is very visible,” Daniel said, speaking to HT while on his ongoing two-day stopover in the city.

“About 90% of museum staff are not trained… and yet I would not say that funding is the biggest issue.”

In fact, he believes, 100% government funding may not be ideal.

“It takes away the ability — and impetus — for museums to then reinvent themselves.”

And reinvention is crucial. For example, Daniel suggests, a museum showcasing local bird species could ask people to contribute photographs to their collection.

While India has seen interesting experiments with this in the independent space — online photo archives like The Indian Memory Project, and the Godrej Culture Lab’s crowdsourced exhibition, Remembering Partition — most conservation and heritage institutes have yet to incorporate public contributions.

One big challenge, around the world, is how to get the people between the ages of 18 and 30 into museums. Daniel’s suggestion: Throw an after-party; let the museum run after hours, add an open bar, a live gig, dance performances.

The Asian Art Museum in San Francisco, for instance, has a DJ spinning tunes, a bar and pop-up barbecues.

“Dance night, film screenings and enticing menus can draw in the crowds,” Daniel says. “India has the capacity to create at least one world-class museum in every state — and easily 100 museums in each.”