You are here: Home » Articles filed under: 'News' » Article: 'An atlas of rare & familiar color'

An atlas of rare & familiar color 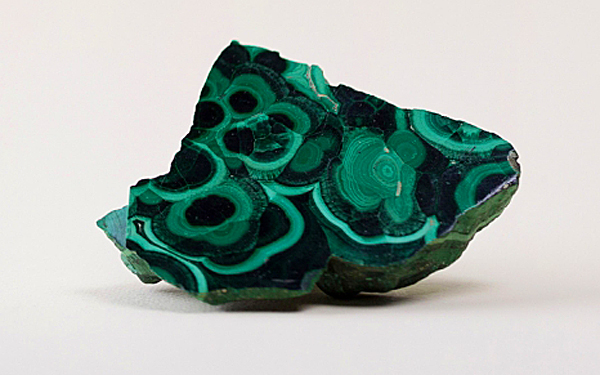 Sample of malachite from the Forbes Pigment Collection.

Claire Voon, A Collection of 3,000 Pigments Made from Cow Urine, Shells, Insects, and More, Hyperallergic, 23 February 2018

The Forbes Pigment Collection contains samples of material that represent all shades of the rainbow — plus brown, white, black, and metallic.

Nearly 100 years ago, Edward Waldo Forbes — art historian and former director of the Fogg Art Museum at Harvard University — launched into a worldwide hunt for color. From powders to plants, he assiduously acquired pigments and their source materials to establish an unparalleled collection of colorants. It is known today as the Forbes Pigment Collection, and it contains over 3,000 samples of material that represent all shades of the rainbow — plus brown, white, black, and metallic.

The entire library of bottles and vials resides in the University’s Straus Center for Conservation and Technical Studies, where they gleam in a modern displaythat opened in 2014. Although you can see them from a distance, the area is unfortunately off-limits to visitors aching to explore the shelves. A new book recently released by Atelier Éditions, however, provides an intimate tour of the collection that makes it more accessible than ever.

An Atlas of Rare & Familiar Colour features photographs of over 200 colorants, accompanied by texts that chronicle their backstories as well as the history of the collection. They are captured individually by Pascale Georgiev as if they were lab specimens, neatly centered against a plain white backdrop. Like biological specimens, they have been preserved in glass, coaxed into cork bottles, medical bottles, and test tubes. And, just as bits of tissue can help scientists identify plants and animals, these pigments were — and still are — used as reliable representatives to distinguish hues in the wild.

As Dr. Narayan Khandekar, director of Straus Center, explains in the book’s forward, Forbes began gathering pigments to become a savvier art collector. He was acquiring works for the museum, and wanted to ensure that dealers didn’t deceive him into purchasing heavily restored, composite, or forged artworks.

“He eventually landed upon the idea that the best way to understand a work of art is from its composite parts; for example support, vanish, binding medium, and pigments,” Khandekar writes. “Like [chemist] A.P. Laurie before him, Forbes began to seriously investigate the pigments used by artists, collecting pigments as reference material directly from the people who prepared them, colormen.” Today, the collection is an especially valuable resource for conservators, who can consult an online database that lists information such as pigment compositions.

Initially, Forbes’s collection mostly featured pigments from the US and Western Europe. But it gradually diversified as word of the library spread and people sent in donations. Forbes also took a particularly valuable trip to Japan in 1931 to visit his brother, where he bottled pigments such as gunjo, an ultramarine powder, and an indigo known as hon-ai. When he retired 13 years later, he had amassed a collection of about 2,000 pigments.

The photographs in the book remind of the vast efforts undertaken to build this unique library. Many of the preserved samples carry a personal touch, whether in the form of a unique sticker design, a cracked lip, or, most common, a handwritten label. Some labels carry details that suggest the pigment’s provenance. Many from Japan, for instance, are marked with Japanese characters, while others explicitly record the names of donors or country of origin. The label for madder root reveals that Forbes had cultivated the plant in his own garden. That for mummy brown describes a more distant, unusual source: “Bituminous pigment from mummies embalmed with asphaltum.”