You are here: Home » Articles filed under: 'News' » Article: '‘An economic recovery led by museums?’'

‘An economic recovery led by museums?’ 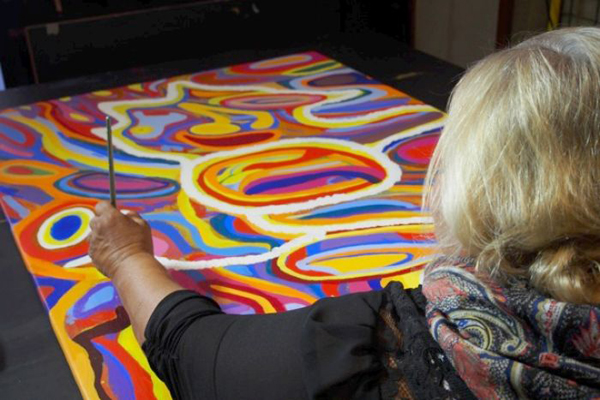 Northern Territory Labor’s first budget has been slammed as unrealistic, “blindly optimistic”, and the “worst possible budget for this time” by the Opposition.

On Tuesday, Treasurer Nicole Manison handed down the budget worth $8.1 billion including its record $1.75 billion infrastructure spend, but with a $1.3 billion deficit.

In his budget reply speech on Wednesday morning, Country Liberals Party (CLP) leader Gary Higgins said Labor had failed to reign in the deficit, which has ballooned from $413 million in the pre-election fiscal outlook.

“The Government has continued to make announcements seemingly based more on hopes and good feelings than about a cool, rational assessment of facts; announcements are based more on what sounds nice rather than what stacks up financially,” Mr Higgins told Parliament.

He said Ms Manison had not outlined a plan to repay the debt.

“Her optimistic approach is ‘it will work itself out’,” Mr Higgins said.

He said he had “grave concerns” the Government “is not acknowledging the true economic and fiscal burden it is placing on all of our shoulders, and that of our children and grandchildren”.

He pointed to the NT’s record projected debt of $5.5 billion, equal to the projected debt the former Labor Government had forecast before it lost power in 2012.

He said Labor had inherited a debt to revenue ratio of 27 per cent, which it projects will rise to 87 per cent over in the forward estimates.

Mr Higgins also ridiculed Labor’s plan to invest in the arts, such as with its plan for a national Indigenous art gallery in Alice Springs worth $50 million, and a new $50 million museum at Myilly Point in Darwin.

“Territorians are hurting, and what do we get from the Labor Party? We get a museum-led recovery,” he said.

He said the CLP did not have a problem with funding the arts, “but we know you can’t go around building these centres willy-nilly, because there is a limited market and they are extremely expensive to maintain”, and the Government instead should be seeking private investment.

“The Gunner Labor Government legacy will be huge debt for decades, money which needs to be repaid,” Mr Higgins said.

Mr Higgins said the deficit was the largest since the NT attained self-government in 1978, and was a “clear and present danger” to the Government’s ability to provide services and representation to Territorians “over the next generation and beyond”.

He said Labor was sending a message that the NT was not open for business by refusing to allow alcohol giant Dan Murphy’s to build a large store and warehouse at the Darwin Airport, along with its moratorium on fracking.

“Here in the NT we have estimated gas reserves of 234 trillion cubic feet and what does this Government do, not meet the challenge to provide a climate for private sector investment, but put in place processes to stop investment and lose the opportunity to create long term sustainable jobs,” Mr Higgins said.