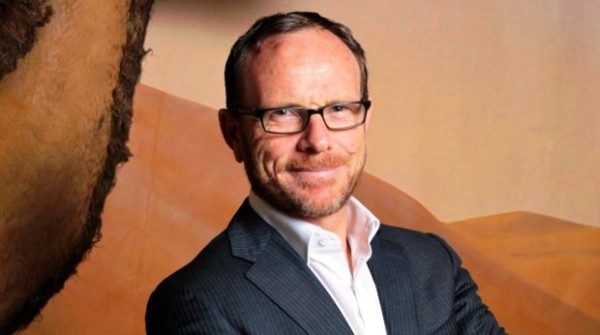 While he was at the helm of the National Portrait Gallery, Andrew Sayers was known as the Armani-wearing “radiant host” of stylish opening night parties, his friend Melinda Hinkson said.

But away from the institution, still “saturated with his presence”, he was partial to skateboarding to the home of his friend, and later portrait subject, environmental lawyer Tim Bonyhady, after taking up the pursuit in his 50s.

“They would find him coming up their front step with the board tucked under his arm, then watch him skate off home again in most un-directorial fashion,” she said.

It was just one of the stories recalled at Sayers’ commemoration concert at the gallery on Sunday which he “curated” for guests before his death on October 11 after being diagnosed with metastatic pancreatic cancer on May 12, 2014.

About 200 friends and former colleagues gathered to celebrate Sayers’ life and enjoy music, poetry and artworks specially borrowed from the institutions where he had worked at his request.

Sayers’ daughters, Ianthe Mills, and Hanako and Ella Sayers, shared their memories of his life away from his career as a curator, the gallery’s inaugural director, at the helm of the National Museum of Australia and as an artist.

The 58-year-old was remembered as a marathon runner, rower, meditator, cook, beloved husband, father and grandfather and a lover of music and poetry.

Long before he went on to head up two of Canberra’s national institutions, Sayers’ dreamt of being an opera singer, spurred on by a boyhood surrounded by art and music thanks to his graphic artist father, Mills said.