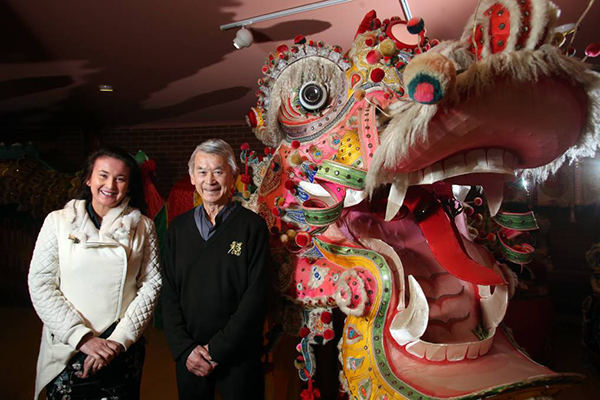 End of an era: Anita Jack and her father Russell have both stepped down from positions at the museum. Picture: Glenn Daniels.

Anita Jack has announced her resignation from the Golden Dragon Museum, effective from late-July.

The outgoing general manager says it is time for a “changing of the guard”.

The resignation comes a month after her father, and museum founder, Russell Jack stepped down as director.

The search for her replacement will begin in the coming weeks, museum chair Doug Lougoon said.

The new general manager would begin their stint as the gallery looked for funding for a “much-needed” expansion – and to transform the Dai Gum San precinct into a “China Town”, complete with retail spaces, herbalists and eateries.

“This is the next step for the museum and I am pleased to be closing this chapter knowing the organisation is heading in the right direction,” Ms Jack said.

It had been an incredible 14 years, she said.

“The museum was established in 1991 as a way to tell the story of the Chinese on the Bendigo goldfields, with the feel of a community museum.” Ms Jack said.

“Today, the museum is so much more than that. It is home to rare Chinese antiquities rarely seen outside of China, our amazing dragons Loong, Sun Loong and Dai Gum Loong and many others and our beautiful lions. 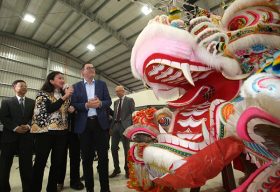 “(The museum) tells an important story about the Chinese contribution to the development of Bendigo. It has grown beyond our wildest expectations.”

Ms Jack said highlights of her time included work with the City of Greater Bendigo Council on the Dai Gum San forecourt and publications on Bendigo’s Chinese 1880s processional regalia and historic people and places of the local Chinese community.

“However, one of the most rewarding projects to be involved in was the delivery of our new dragon Dai Gum Loong,” she said.

“Our brief was to create a dragon to last 100 years and continue our amazing Easter Festival tradition of a parading Golden Dragon.

“This year’s Easter parade was truly spectacular, seen by 80,000 people and even more online around the world, so it is the perfect way to conclude my time as general manager.

Mr Lougoon thanked Ms Jack for her dedication to the museum.

“Anita, like her father, has worked tirelessly to progress the museum and grow and establish it as a cultural attraction for residents and local, interstate and overseas visitors,” he said.

“Anita is highly regarded, particularly at a state level, for her recent achievements in delivering a new dragon for Bendigo. She departs on a wonderful note and can be very proud her achievements.

“Our board is extremely grateful for the tireless contribution to the Golden Dragon Museum that Anita has made over the past 14 years.”

Ms Jack thanked those who had helped grow the museum during her time there.

“I am sincerely grateful to the Bendigo community, the Australian Chinese families, various state and federal governments, and the many generous donors that helped to grow the Museum to such prominence and ensure the history of our people and their contributions to Central Victoria are shared and live on,” she said.