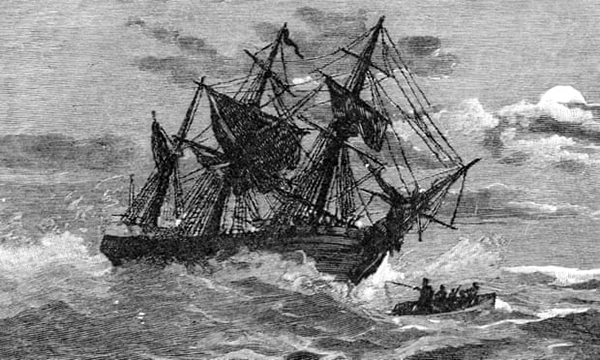 The Endeavour ran aground on the Great Barrier Reef on 10 June 1770, during Captain Cook’s voyage to the South Pacific, but was recovered and ended its days in Newport Harbour, Rhode Island. Now maritime archaeologists are at odds over whether its remains have been found. Photograph: Print Collector/Getty Images.

A 22-year partnership between US and Australian researchers to identify James Cook’s ship the Endeavour has descended into a row after the Australian National Maritime Museum announced the discovery.

The museum’s chief executive, Kevin Sumption, announced on Thursday he was satisfied that a shipwreck in waters off Rhode Island in the US was “the final resting place of one of the most important and contentious vessels in Australia’s maritime history”.

But the museum’s US partner organisation, the Rhode Island Marine Archaeology Project (Rimap), said the claim the Endeavour had been identified was a breach of contract, and blamed “Australian emotions or politics” for the “premature” announcement.

The museum responded that it was not in breach of any commitments, and that Sumption was “confident” the wreck was the Endeavour.

Cook sailed the ship around the South Pacific before landing on the east coast of Australia in 1770. It was scuttled in Newport Harbor by British forces in 1778, during the American War of Independence. Since 1999 maritime archaeologists have been investigating several 18th-century shipwrecks in the area.

Announcing the positive identification on Thursday, Sumption paid tribute to Rimap and its head, Dr Kathy Abbass, for their “commitment to the site and its history”.

But Abbass said Rimap was the lead organisation for the study and that while the shipwreck was consistent with “what might be expected of the Endeavour”, there was no “indisputable data” to prove it.

“There are many unanswered questions that could overturn such an identification,” she said in a statement provided to Guardian Australia.

“When the study is done, Rimap will post the legitimate report on its website. Rimap recognises the connection between Australian citizens of British descent and the Endeavour, but Rimap’s conclusions will be driven by proper scientific process and not Australian emotions or politics.”

In a statement, the Australian museum said it had worked with Abbass for 22 years and acknowledged “that she is entitled to her own opinion regarding the vast amount of evidence that we have accumulated”.

“As stated today, our director Kevin Sumption is confident that the preponderance of evidence identifies shipwreck site RI 2394 in Newport Harbor as the last resting place of Endeavour,” the statement said. 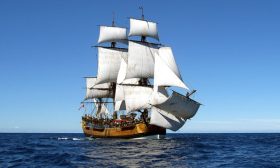 “The museum has reviewed our previous agreements with Rimap and we conclude that we are not in breach of any current commitments. We look forward to pursuing a due process of peer review and consultation with all stakeholders in Rhode Island.”

Several details on the wreck convinced archaeologists they had found Endeavour after matching structural details and the shape of the remains to those on 18th-century plans of the ship.

“I am satisfied that this is the final resting place of one of the most important and contentious vessels in Australia’s maritime history,” Sumption said at the maritime museum.

“The last pieces of the puzzle had to be confirmed before I felt able to make this call. Based on archival and archaeological evidence, I’m convinced it’s the Endeavour.

“It’s an important historical moment, as this vessel’s role in exploration, astronomy and science applies not just to Australia, but also Aotearoa New Zealand, the United Kingdom and the United States.”

Only about 15% of the vessel remains and researchers are now focused on what can be done to protect and preserve it.

Originally launched in 1764 as the Earl of Pembroke, the ship was renamed Endeavour in 1768 by Britain’s Royal Navy and prepared for a major scientific voyage to the Pacific.

From 1768 to 1771, the Endeavour sailed the South Pacific, primarily to record the transit of Venus in Tahiti in 1769.

Cook then sailed it around the South Pacific searching for “the Great Southern Land”, charting the coast of New Zealand and Australia’s eastern coastline before claiming the land for Great Britain on 22 August 1770.

The Endeavour was later sold to private owners, renamed Lord Sandwich and deliberately sunk in 1778 by British forces during the American War of Independence.

A year later Cook was killed in Hawaii during his third Pacific voyage, 10 years before the first fleet arrived in New South Wales to establish a British colony.