August 22nd, 2019 | Browse other: News. | Tagged with: Australian National Maritime Museum, Cook's 250th: Epic Indigenous stories to tell a different story, Cook's arrival from the perspective of the First Australians on the shore | 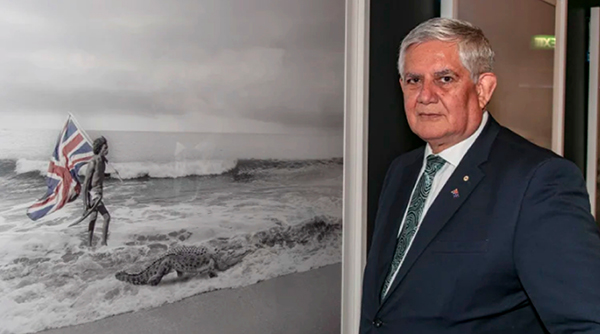 The logs of James Cook as he charted the east coast of Australia in 1770 gave the perspective from the deck of the H.M.S Endeavour looking to shore.

Now for the first time, the view of his ship and men from the shore,  including some Aboriginal people yelling at them to go away, will be given equal weight during activities in 2020 to mark 250 years since Cook’s voyage.

He acknowledged that to many Indigenous Australians,  Cook’s visit symbolised “loss of country, language and culture”.

“Much of our history hasn’t been recorded or taught through Indigenous perspectives,” Mr Wyatt said.

Encounters 2020 will include a voyage by the replica of the Endeavour to 38 destinations around Australia, and exhibitions at the ANMM in Sydney’s Darling Harbour.

A travelling exhibition of First Nations’ art, is expected to prompt debate, while other exhibitions will tell the stories of Indigenous people’s encounters with the Endeavour crew.

“Truth telling is critical if we are to have a shared future that takes us in a direction that is of a healing nature, that reconciles two significant nations of people, Indigenous and non-indigenous Australians,” said Mr Wyatt, the first Aboriginal person to be appointed Indigenous Affairs Minister.

“As one of the world’s oldest continuous cultures, we have a lot to be proud of as a nation. There are many stories to tell and in doing so this helps deepen understanding, bringing us together.”

Alison Page, a board member from the museum, recognised that the Endeavour was a symbol that elicited strong feelings and some of the Indigenous stories will be painful to hear.

“Our story is absolutely epic,” said Ms Page, a descendant of the Walbanga and Wadi Wadi people of the Yuin nation. She was also a member of the expert panel for the federal government’s Constitutional Recognition of Indigenous People.

Cook recorded, for instance, that he saw two water spouts between ship and shore when he arrived at a point he called Point Hicks on the south coast of NSW.

“They were coming down from the sky and touching the water because they are giving you a warning that something is coming. That is the first encounter. The first time that England spots our land, and this phenomenal thing happens,” she said.

The executive director of the Maritime Museum Kevin Sumption said a priority for him in 2020 would be addressing confusion, myths and misunderstandings.

“In the 250 years since Cook arrived, we have only looked at it from one perspective … that from the ship. We want to take this opportunity to also look at it from the perspective of the First Australians on the shore,” Mr Sumption said.

Perhaps nothing illustrated the need for education more than a story from Auntie Donna Ingram, a Wiradjuri woman from Redfern, who gave the welcome to country at the launch.

Before the event started, she recalled how a teacher had told her class, some decades ago, that Aboriginal people in Sydney had killed Captain Cook.

When that happened, they all turned to look at her.  Telling the story on Wednesday, she raised her hands and said, “It wasn’t me.”