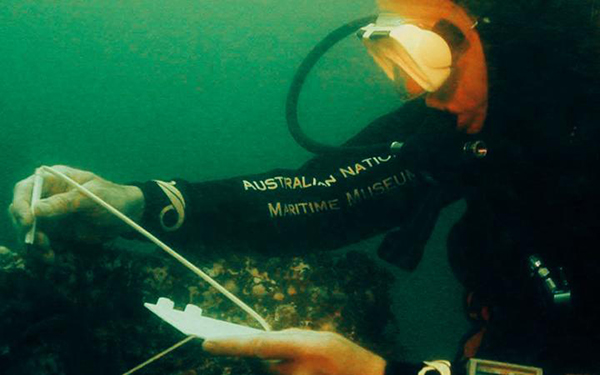 Following unprecedented interest from around the world, the Australian National Maritime Museum has today released the museum’s Preliminary Report on the proposed site of the remains of James Cook’s Endeavour.

“Due to phenomenal public and professional interest from around the world, we have brought forward plans for release of the Preliminary Report,” said Dr Peter Hobbins, Head of Knowledge at the museum. “For this reason we are sharing the exact version of the evidence upon which the identification of the shipwreck RI 2394 was made”.

The Preliminary Report and the Executive Summary can be found here.

This follows the announcement last week by the museum’s Director, Kevin Sumption, based on a preponderance of evidence approach, that the site in Newport Harbor, Rhode Island, known as RI 2394 is indeed the resting place of the HMB Endeavour. The vessel was known by the name Lord Sandwich when it was deliberately sunk in Newport Harbor in 1778.

“The Preliminary Report is the work of 22 years of professional research, study and numerous dives in Newport by museum personnel, particularly our maritime archaeologists, Kieran Hosty and Dr James Hunter. It details the original historical documentation and painstaking archaeological reasoning that led to the announcement,” Dr Hobbins explained.

“It was on the preponderance of this evidence that the museum went public, in the interests of ensuring international collaboration to secure the highest possible levels of protection for this globally significant shipwreck site”.

“There may be differing views and that is only to be expected,” said Dr Hobbins. “In fact, we look forward to responses to the report from the Rhode Island Marine Archaeology Project, without whom these results would not have been possible”.

Following the release of this Preliminary Report the museum plans to host an international ‘Endeavour Forum’. Pending pandemic conditions and the availability of relevant experts from around the globe, it is tentatively scheduled for April 2022.

Dr Hobbins concluded, “We will invite a panel of world experts in eighteenth-century shipwrecks to participate in an in-depth discussion on the museum’s findings, before we deliver a final report”.