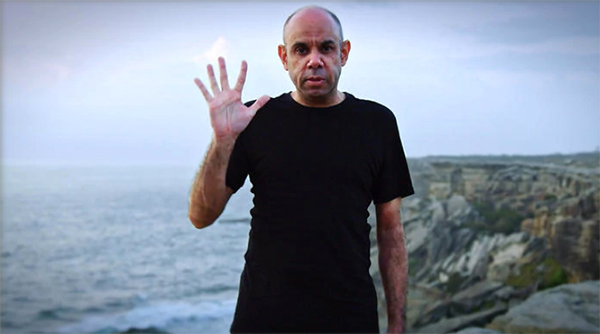 Looky Looky Here Comes Cooky asks — in 2020, does Australia have a blurred history of Cook?

Let’s look at the arrival of Captain Cook’s HMB Endeavour through First Nations’ eyes, 250 years on from its landing. 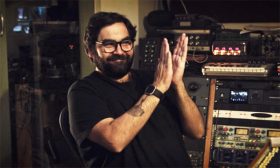 Presented and co-written by Steven Oliver, the film takes the audience on an incredible and scenic journey across Australia from the cliffs of Kurnell to the Torres Strait. As he travels the land interrogating Cook’s legacy, he poses the question — in 2020, does Australia have a blurred history of Cook?

Directed by Steven McGregor (co-writer of Sweet Country and director of Black Comedy), the film sees a diverse group of Indigenous performers, known for their powerful music and perspectives, perform original songs that speak directly to the past and the future. Including Oliver’s own powerful slam poetry. 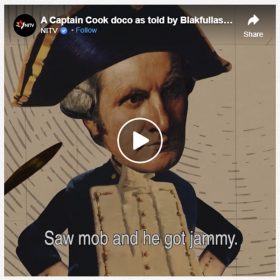 Steven Oliver says that the film is about rejecting the solo narrative of Australian history.

“We live in a society where we’re often expected to accept a narrative and that one narrative is the ultimate truth,” he said. “Ultimately though, there is never one truth.”

“If you take parts of several truths and add them together, usually the truth is in there somewhere. It’s making people agree on it that’s the hard part. Looky Looky Here Comes Cooky offers an alternative truth from an Indigenous perspective and asks us to open our eyes to possibilities or different realities of truth and ignites further discussion that Australia still needs to have,” Oliver said.

Director for Indigenous Content at SBS and NITV Channel Manager, Tanya Orman agrees that this is a ground-breaking documentary looking to reframe the one-way dialogue surrounding the history and legacy of Cook, particularly in 2020.

“It’s a bold, entertaining and engaging alternative history from a First Nations perspective; a standout film for Indigenous and non-Indigenous Australians and First Peoples around the world,” she said.

“It was a great pleasure to support and work in partnership with a major investor like the Australian National Maritime Museum, to provide an opportunity for Indigenous filmmakers and creatives to tell the story of Cook’s journey; as he chartered the east coast of Australia, from an Indigenous perspective through modern days song lines,” she said.

“Our songlines have been deeply ingrained in our country and Australian history since the beginning of time and form part of our creation stories, and in doing so, dispels the myth that Captain Cook ‘discovered’ Australia. What better way to tell this story through music, which has the profound power to educate, heal and connect people.”

Looky Looky Here Comes Cooky will be simulcast on NITV and SBS VICELAND on Thursday, 20 August at 8.30pm, following its world premiere at the Melbourne International Film Festival on Sunday, 16 August.