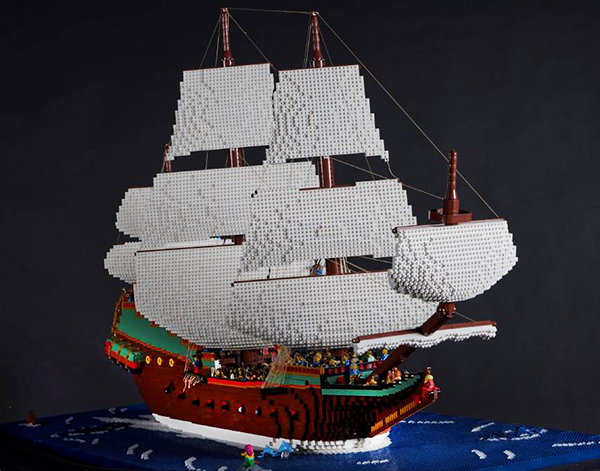 Batavia model on display at the exhibition. Photo by Western Australian Museum.

THE latest LEGO exhibition is coming to regional Western Australia.

‘Brickwrecks: Sunken Ships in LEGO Bricks’ is coming to Albany, Kalgoorlie and Geraldton after it’s successful opening at the WA Maritime Museum.

The exhibition is both fun and educational as it features some of the world’s most famous shipwrecks.

LEGO models up to 1.6 metres long are displayed alongside real artefacts from the actual shipwrecks.

Designed and developed by Ryan ‘The Brickman’ McNaught, alongside the WA Museum and the Australian National Maritime Museum, on display will be six large-scale LEGO models, interactive activities, multimedia exhibits, real objects and LEGO build stations for visitors to enjoy.

“Regional audiences will enjoy seeing the incredible detail of the models including Titanic and Batavia.”

Models on display include:

“The team spent more than 800 hours, used more than 120,000 LEGO bricks and had a tonne of fun bringing these models to life with lots of minifig details and historical facts,” Mr McNaught said.

“We hope visitors have just as much fun exploring them as we did building them.”

After the regional tour of WA it will head to the Australian National Maritime Museum and will be on display there from December 2022 to April 2023.