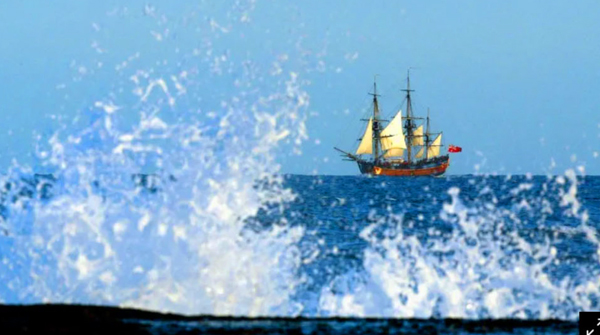 A replica of Captain Cook’s famous ship the Endeavour will circumnavigate Australia as part of celebrations marking the 250 years since the British explorer’s arrival here.

Announcing $6.7 million in funding for the 14-month trip, which includes events at 39 stops along the coast, Prime Minister Scott Morrison said HMB Endeavour’s voyage was “the reason Australia is what it is today” and ought to be commemorated.

Cook’s 1770 arrival at the continent now called Australia, which had been inhabited by Indigenous people for at least 65,000 years, will also be marked by the Cooktown 2020 Festival which the government is funding with a $5.45 million grant.

“As the 250th anniversary nears we want to help Australians better understand Captain Cook’s historic voyage and its legacy for exploration, science and reconciliation,” Mr Morrison said in a statement.

“That voyage is the reason Australia is what it is today and it’s important we take the opportunity to reflect on it.”

The circumnavigation will be undertaken by the Australian National Maritime Museum‘s Endeavour replica, which was launched in 1993.

The journey is expected to start in Sydney in March 2020 and end in May 2021, taking in six stops in NSW, four in Victoria, 14 in Queensland, eight in Western Australia, four in South Australia, one in Tasmania and two in the Northern Territory.

The government funding for the Cooktown 2020 festival will support various projects, including some focused on Indigenous history.

On his famous 1768-1771 voyage to the Pacific, Cook carried secret orders to seek out a much-hyped “continent or land of great extent” and take possession for King George III, alongside scientific goals. The Endeavour would be the first known European ship to make landfall on the eastern coast of Australia.

Cook charted the east coast but did not circumnavigate Australia. In a 1801-1803 voyage, Matthew Flinders was the first to sail around the entire country, on board the HMS Investigator.

It was revealed late last year that marine archaeologists believe they have found the wreckage of the Endeavour in waters off Newport, Rhode Island, in the United States, where it was scuttled during the American War of Independence.

The breakthrough has raised hopes the ship could be excavated in time for Australia’s 250th anniversary commemorations of Cook’s voyage.

The announcement of the commemorations comes as impending Australia Day celebrations — marking the January 26, 1788, landing of the First Fleet in Sydney Cove — again trigger soul-searching and debate about the British colonial legacy.

The beginnings of modern Australia, Cook’s voyage and the arrival of the First Fleet heralded an era of British colonisation that would result in widespread dispossession, oppression, violence and death for Indigenous people.