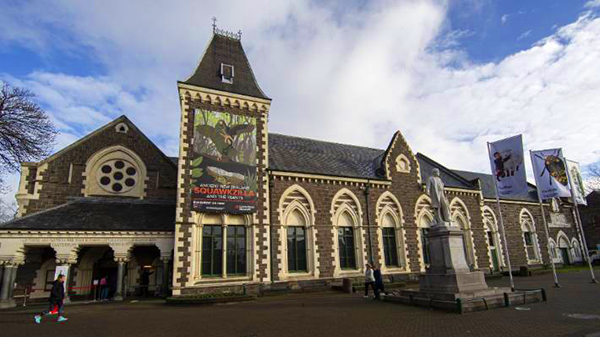 A significant overhaul is proposed for the Canterbury Museum. Joseph Johnson/Stuff.

In the damp basement of Canterbury Museum, treasured artefacts covered in thick plastic sheets lie next to dehumidifiers and blue buckets set out to catch drips.

The museum, 150 years old this year, is struggling to care for its millions of taonga, or to display them as it would like, due to the dilapidated state of its leaky buildings.

A $195 million redevelopment is proposed. While no plans or timeline are finalised, the work could see the museum closed for up to three years. 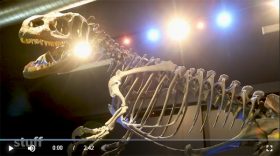 The central Christchurch heritage complex, in the Botanic Gardens, has grown steadily but without any coherent plan since opening as one small building in 1870.

Today there are eight attached structures plus the adjacent Robert McDougall Art Gallery, which has been closed since the Canterbury earthquakes.

Museum director Anthony Wright said it suffers from “every manner of building defect you can dream of”, with the 20th-century buildings especially problematic. Some might need to be demolished.

“Some of the buildings have a long list of problems and are either well past the end of their useful life or need major upgrades. They are causing damage to the collections they are meant to protect.” 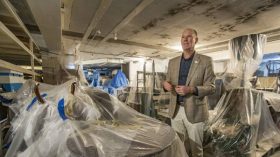 Patching up the problems would cost about $32 million and only last five years – and would not solve the issues of poorly used space and lack of amenities.

Redevelopment is considered the best option. Funding of $115m is secured and another $10m likely sourced.

The museum hopes some of the shortfall will come from the Crown, and has applied for coronavirus recovery infrastructure funding. 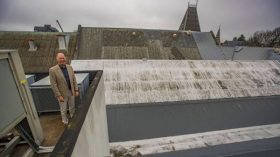 The museum’s goals include:

– Installing base isolation to protect from earthquake damage.

– Improving and expanding storage for items not displayed, and adding climate control.

– Creating a clear flow through the complex, boosting display space, and expanding the cafe.

– Almost tripling the space for the Antarctic exhibit to 1200sq m and possibly charging for entry.

– Creating a purpose-built space for the blue whale skeleton now in storage. 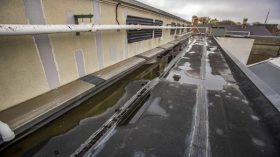 Patches on the roof and leaky building repairs on walls of the Canterbury Museum.

However, no plans will be available before the public and interested groups get a chance to comment. There will be several rounds of consultation.

Wright said the museum was “absolutely committed to preserving, restoring and protecting the heritage buildings”.

Heritage consultant Jenny May welcomed the inclusion of a number of voices, and applauded the museum making its redevelopment a public process.

She said the building was in the neo-Gothic style that set the tone for Christchurch, and was important to people’s sense of place and understanding of the city. 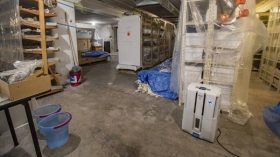 Buckets and dehumidifiers set up to deal with the links in the Canterbury Museum’s basement.

The museum is home to a $1 billion-plus collection of more than 2.3 million items – about a quarter of the heritage items in New Zealand. About 100,000 items were damaged in the quakes.

There is space to display less than one percent of the collection, with some stored items deteriorating due to the building’s poor condition, despite staff’s best efforts to care for them.

Of the museum’s 2790sqm storage space, 1670sqm is below acceptable standards. 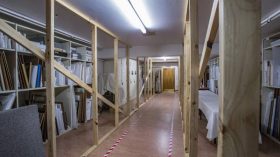 Wooden braces prop up part of a storage area in the Canterbury Museum, to provide a safe exit route.

Wright said the buildings “leak and let in insects and because there’s minimal air conditioning and no insulation, we can’t control temperature and humidity”.

Although some problems were exacerbated by the earthquakes, there were “significant” issues for many years – particularly in the complex’s 20th-century buildings.

Bare wiring runs through corridors and water pipes through storage areas. There is only one lift in the whole building and insufficient toilets. 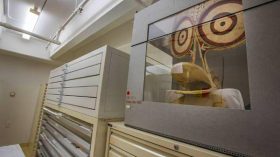 A dance mask from Papua New Guinea in storage at the Canterbury Museum.

Among the items tucked away in ad-hoc storage areas are a stuffed elephant from the Paris Zoo damaged when a family of possums made a home in it, an immaculate collection of Antarctic explorer Ernest Shackleton’s medals, and what is thought to be the largest blue whale skeleton in any collection worldwide.

After Wright started as director of in 1996, the museum built a shed on the roof to display the skeleton.

The skull would have been hard up against one wall with a cupboard holding the tail, so the skeleton remained in storage.

“That’s when we decided it wasn’t the most dignified thing for this wonderful, biggest blue whale skeleton in the world to be tucked in a cupboard where it’s jammed in.”

One of the aims for the redevelopment is to give the whale space to soar: the brief calls for a 250sqm place to display the skeleton. 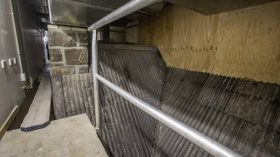 The Canterbury Museum Original building’s roof and chimney surrounded by newer construction – a wasted space that cannot be used for anything.

Some problems stem from an ad-hoc approach to building additions. Wright calls the museum “a rabbit warren of places that have been added to bit-by-bit”.

The lack of forward planning has left a layout that does not flow easily for visitors, and a lot of wasted space behind the scenes.

The museum claims to be the South Island’s most visited tourist attraction, averaging more than 750,000 visitors annually before the pandemic – a number expected to jump to one million when the facility is redeveloped. About 60 per cent of visitors are from overseas, and a third Cantabrians. 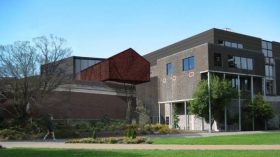 An artist’s impression of the “floating whare” proposed for the Robery McDougall Art Gallery as part of an unsuccessful Canterbury Museum redevelopment plan from the early 2000s.

This century the museum has twice tried to redevelop.

A major $46.8m overhaul was proposed in 2001, attracting a severe backlash over a proposed “floating” whare above the Robert McDougall building.

It went before the Environment Court, which barred several aspects of the plan (though not the whare), so the project was abandoned.

A $68.7m, four-year redevelopment was to have launched in March 2011, but did not proceed after the earthquakes.

Wright said those earlier redevelopment plans were “relatively advanced” so the museum clung to them longer than they should have – “and fair enough, we got panned for that”.

He said this time, they were going out to the public with a clean slate. The broad proposals the museum has suggested “have very few bottom lines”.

The redevelopment is expected to be the last major investment in the facility for at least 50 years.

People can provide feedback at www.canterburymuseum.com. 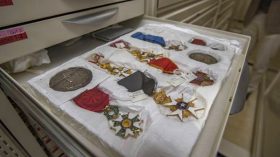 A collection of Ernest Shackleton’s medals in storage at the Canterbury Museum.

– 2.3m: number of items in the collection

– $1b: estimated value of the collection

– 418kg: weight of the left mandible (jawbone) of the whale skeleton