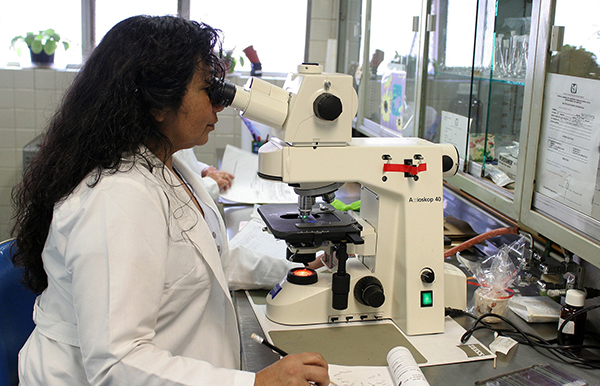 Of the 337 initiatives offered in Australia, only seven provide some publicly available evidence to demonstrate their impact or effectiveness.

A new study undertaken by a researcher at the Australian National University (ANU) has revealed that while there are large numbers of initiatives in Australia aimed at increasing female participation in science, technology, engineering, and mathematics (STEM), there is still little evidence of how effective these initiatives are.

The research Do efforts to get more women in STEM actually work?, published in the Australian Journal of Social Issues, has identified there are 337 gender equity programs and initiatives offered nationally, but only seven have provided publicly facing evaluation data that went beyond self-reports of satisfaction and enjoyment.

“The myriad initiatives show a concerted effort to engage girls and women in STEM, but the absence of any meaningful evidence of impact means we simply do not know whether these initiatives are benefiting girls and women and achieving the desired policy outcomes or not,” wrote Merryn McKinnon, research author and senior lecturer at the ANU Centre for the Public Awareness of Science.

Some of these initiatives that were examined as part of the study included the establishment of the federal government’s Women in Science, Engineering, and Technology (WISET) advisory group in 1995, Women in STEM Entrepreneurship (WISE) grant program in 2015, and the Decadal Plan for Women in STEM during the 2018-2019 Budget.

McKinnon pointed out that the impact of many of the STEM programs would not be demonstratable for several years.

“For example, if a student experiences a programme in primary school, does that influence their subject selection in secondary school years? Evaluations of this nature are expensive, time-consuming, and rarely – if ever – conducted. This then creates a potential scenario where the ‘success’ of a programme is not based on the available evidence so much as the ‘framing and storytelling’ of the programme and what it achieves,” McKinnon said.

McKinnon also argued that on the flip side, an initiative’s success could be measured based on its “compelling or persuasive narrative”, rather than on “evidence” because a positive narrative attracts attention and therefore more support.

The research also identified that the distribution of existing initiatives is disproportionate, as a majority of those programs are available in Victoria and New South Wales. However, McKinnon noted it may be “perhaps related to the comparative density of the higher education and research sectors in these states given the number of scholarships offered”.

McKinnon concluded to determine the efficacy of these initiatives, the focus “must move beyond the delivery of a programme and more critically engage with what programmes should be offered, to whom and why”.

She said unless evidence could be found to identify best practice of shrinking the gender gap in STEM, “resources are not necessarily being allocated to initiatives which positively influence the achievement of gender equity policy goals”.

Earlier this month, while facing Senate Estimates, Australia’s Chief Scientist Dr Alan Finkel admitted there was still a long way to go before the country would reach parity.

“There has been progress, but the rate of progress is very, very small.”

He said the STEM workforce graduate figure for females was around 29% in 2016 and 27% five years earlier.

“It’s a move in the right direction, but a very small move,” he said.

During Estimates, Finkel was also questioned whether parity would be reached by 2091.