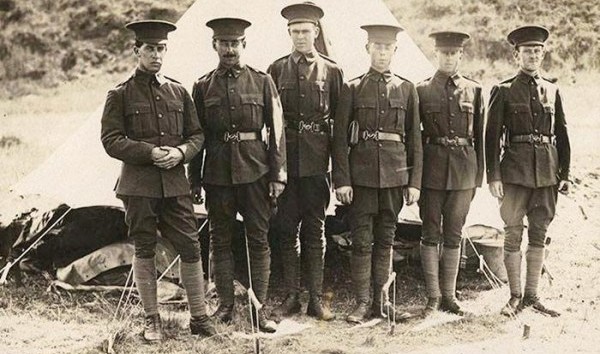 Auckland War Memorial Museum, in partnership with Auckland Council, will offer a commemorative Anzac Day programme marking the centenary of the Gallipoli Landings. In what will be a significant day as part of the First World War centenary, the Museum’s programme will offer a great opportunity for Aucklanders, New Zealanders and visitors alike to commemorate the occasion and pay their respects to those who have served.

“Extraordinary sacrifices during the First World War prompted what was then the Auckland province to construct a war memorial in 1929 to honour those who fell. While at the time the proposals to integrate the memorial with the Museum were controversial, the decision to create Auckland War Memorial Museum was far-sighted and honourable”, says Auckland War Memorial Museum Director, Roy Clare. “Today’s institution gains its strength from the consistent support of Aucklanders, and a century on from the Gallipoli landings, the Museum continues to be a vital focus for people wishing to learn about, commemorate and honour those who served.”

Sharing the banner of ‘He toa taumata rau: Courage has many resting places’, Auckland War Memorial Museum and Auckland Council’s WWI centenary programme takes a different thematic focus each year, the theme for the programme in 2015 is ‘Death of Innocence’.

Free for all on Saturday 25 April, the Museum’s Anzac Day programme will begin following the Dawn Service. The programme will include: Performances from Auckland Choral, Auckland Youth Choir and Auckland Girls’ Choir and a performance by The New Zealand Dance Company drawn from their acclaimed show Rotunda. There will also be a talk by writer Gavin Strawhan and director Peter Burger about their TVNZ drama series When We Go to War, guided tours, poetry readings, poppy making sessions, collection displays and talks, diary readings and a screening of the Auckland episode of the HISTORY Channel’s Tony Robinson’s Tour of Duty.

Illuminate: When We Go To War

Over four nights from Wednesday 22 April, in the lead up to and on Anzac Day, the Museum will project free ‘Illuminate’ film screenings onto its Northern Façade. The specially created film will be taken from TVNZ’s upcoming NZ on Air funded First World War drama series, When We Go to War. The projections will also include rarely seen photographs of New Zealanders at Gallipoli from the Museum’s pictorial collections. These images feature as part of the Museum’s soon to be published book, The Anzacs: An inside view of New Zealanders at Gallipoli (Penguin Random House).

A new exhibition opening on Friday 24 April, Gallipoli in Minecraft®, will give families a chance to explore the Gallipoli campaign through the immersive world of Minecraft®. A popular online game, Minecraft® is about breaking and placing blocks, since its inception players have worked together to create a whole host of incredible and imaginative worlds. Over the past year students from Alfriston College in Auckland have been working in collaboration with the Museum, utilising its First World War collections, to re-create the landscape of Gallipoli in 1915. The exhibition will showcase the work of the students alongside the collection items that inspired their efforts. The virtual Minecraft® world will become available for download on Anzac Day.

A gathering point for the personal and official memory of New Zealand’s servicemen and women, Online Cenotaph has recently been redeveloped in collaboration with the Ministry for Culture and Heritage, with new content contributed by Auckland Libraries. The updated site contains new and enhanced features such as the ability for public to add information, photographs and documents into personal records and also honour individuals by laying digital poppies. From Anzac Day, thanks to funding from the Lottery Grants Board, an outreach programme featuring a specially designed mobile unit will be visiting events within the Auckland region. He Pou Aroha –Community Cenotaph will give communities the opportunity to locate and add to records, digitise personal items and contribute to the Online Cenotaph database.

“Anzac Day brings communities together to remember those who served for New Zealand at Gallipoli and in other conflicts”, says Auckland Museum’s Director of Public Engagement and Capital Projects, Sally Manuireva. “From our new exhibition, Gallipoli in Minecraft®, through to our ‘Illuminate’ screenings, packed offering on Anzac Day, and He Pou Aroha –Community Cenotaph programme, the Museum will give visitors a chance to learn about the Gallipoli campaign and First World War 100 years on, remembering the bravery and commitment shown by those who served at home and abroad.”