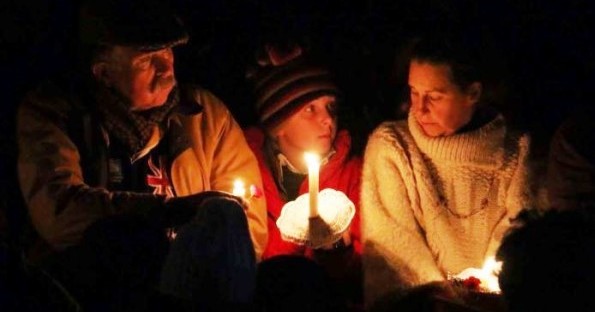 Dr Brendan Nelson, Director of the Australian War Memorial, says he’s delighted with the record attendance figures for Anzac Day after more than 31,000 people attended the National Ceremony and veterans’ march at the Memorial today.

The National Ceremony attendance brings crowds at the 100th anniversary of the Gallipoli landing to a massive 151,000 at both ceremonies – an increase of 88,500 on last year’s attendance.

“Today is the biggest Anzac Day commemoration we have ever experienced at the Australian War Memorial. I am proud that so many people have chosen to commemorate the Centenary anniversary of the landing on Gallipoli, which left such a significant legacy for our country,” Dr Nelson said.

“Anzac Day is a time for Australians to come together to commemorate the sacrifices made by Australian servicemen and servicewomen in theatres of war and peacetime throughout the world.”

“Australia and Australians have done these men and women proud.”

Dr Nelson also noted the presence of his Royal Highness the Duke Kent at the national service, in his role as Commissioner of Commonwealth War Graves, was also a highlight.

The Memorial is open for the remainder of Anzac Day. Dr Nelson urged people to attend a special Last Post Ceremony in the Memorial’s Commemorative Area at 4.45 pm, where the story of an Australian and Turkish soldier will be read and the national anthems of both countries played.