April 29th, 2021 | Browse other: News. | Tagged with: australian war memorial, How Anzac got lost in a cult of veneration | 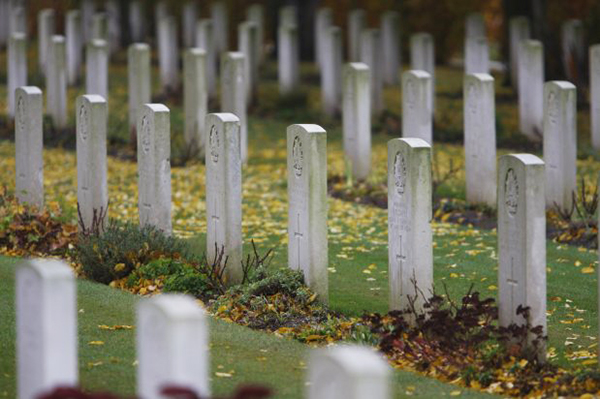 Difficult though it may be to conceive of a time when Anzac did not dominate rituals of Australian nationhood, not long ago Anzac Day itself was on virtual life support.

Its dwindling observance in the 1960s and ’70s, largely on account of the unpopular Vietnam War, but also because of the dubious overtones of empire and Britishness, brought forth widespread predictions of the day’s likely demise.

Anzac’s extraordinary revival in the 1980s and ’90s, stretching to the recent World War I centenaries, is due largely to its shedding of anything to do with why Australians fought in those wars. “For king and country” became paeans to “mateship”.

Popular culture drove the resurgence. Peter Weir’s 1981 film Gallipoli had almost nothing to do with why the Anzacs were actually there – to kill Turks – fashioning instead a saga of British duplicity, of young Australians, sacrificed on the altar of imperial – indeed Churchillian – folly. Britain became the foe.

Prime ministerial pilgrimages to the peninsula followed. Official discourse bulged with proclamations about the “values” ennobled by the Diggers. An unknown soldier was brought home from France.

The revival’s apogee arrived in the Howard years, when military commitments to Iraq and Afghanistan were woven into an expeditionary military tradition stretching back to the dispatch of colonial contingents to the Sudan in 1885.

This stood in stark contrast to Paul Keating’s linking of World War II battles in the Asia-Pacific to the imperative of Australia’s regional engagement. Keating attempted to make the legend relevant for the nation’s present and future. John Howard, however, claimed Anzac Cove for the national heritage list, saying it was basically Australian territory: a move aborted after official Turkish protest.

Washington, DC provides the same hearth for Australian politicians that London once occupied.

But we might now be witnessing another chapter in Anzac’s seeming stranglehold on conceptions of Australian identity – one that stifles a quieter, dignified war remembrance.

This is not the work of those whose service and sacrifice are rightly honoured. It arises from politicians and publicists who are turning Anzac into a cult of uncritical veneration.

Because for all its newer rhetoric of inclusion, Anzac’s essence is increasingly being interpreted as a spiritual chain of connection linking white Australians to their mythical forebears. This requires no awkward glance at the historical treatment of Indigenous Australians, no real obligations to the nation’s ethnic diversity.

Moreover, it has now been freighted in as the historical ballast for the US alliance, both sides of politics competing to trumpet “100 years of mateship”, and as the Prime Minister toasted with champagne at the White House in 2019, to “100 more”.

Washington, DC provides the same hearth for Australian politicians that London once occupied.

So Anzac may be part of a suite of phenomena in Australian cultural life inducing a more inward-looking national vision. The irony is telling: having jettisoned imperial weights from the saddlebags to survive, its new barrackers tend to revive an older, less outward-looking Australian world view, one which China’s rise and a global pandemic only intensify.

Other manifestations of this inward turn are not hard to find. It is there in the preference of government ministers to mostly confine their travel to the US, Britain and Europe; there in the rush to grow the ambit of the World War II-spawned Five Eyes intelligence network.

It was present too in the gushing condolences from past and present national leaders on the death of Prince Philip. Tony Abbott, who knighted him, said that the “world had gone quieter”. But he was talking about a “world” that withered more than 60 years ago.

And the Prime Minister, still striving for the gravitas required of national leadership, once again overreached. Just as he oversold a logistics agreement with Japan as a “pact”, and elevated the first Quad leaders’ meeting to “the biggest development for Australian security since ANZUS”, this time, eschewing the more restrained messages of Canadian and New Zealand leaders, he instead expressed Australians’ “love” for the Queen. We want to “be there for you” he said – this to the monarch of a foreign country.

There was every reason to speak for the nation at this moment, but Scott Morrison strains to find his register. Bloated one moment, barely audible the next.

What speaks loudest of all, however, is the fiscal largesse of the federal government – supported by Labor – in gifting $500 million to the Australian War Memorial while other cultural institutions in the nation’s capital languish, a decision that would have former prime minister Robert Menzies spinning in his grave. The war memorial looks set to be turned into part theme park, part recruiting station.

Walk into any Commonwealth war cemetery overseas and what is striking is not only the pristine order imposed on the chaos and catastrophe of those conflicts, but the familial grief etched into each headstone. When the Australian soldier-poet Leon Gellert returned to Anzac Cove at the very end of 1915, he thought he could hear the “sound of gentle sobbing in the South”.

As the self-appointed ministers for nationalism drape themselves in Anzac, we lose perspective on why those wars were fought and render Anzac separate to the realities of a modern Australia.

It can only be hoped that the melancholy at what Australia lost in war might be more to the forefront this year, rather than the rhetoric using the legend either as national sedative or as pledge that Australia will be there the moment the next bugles of battle sound.