You are here: Home » Articles filed under: 'News' » Article: 'Anzac Nations: legacy of Gallipoli in NZA'

April 23rd, 2022 | Browse other: News. | Tagged with: Anzac Nations: The legacy of Gallipoli in New Zealand and Australia, The legacy of Anzac: why is it still so significant? |

The legacy of Anzac: why is it still so significant?, Times Online, 21 April 2022

Why do Kiwis and Australians still view the Gallipoli campaign, fought more than 100 years ago in a distant Turkish peninsula, as an expression of national identity? 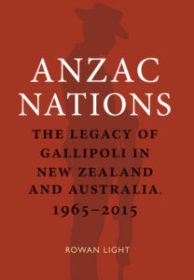 In Anzac Nations: The legacy of Gallipoli in New Zealand and Australia, 1965-2015 (Otago University Press, 2022) University of Auckland historian Dr Rowan Light examines the myth-making around Anzac and how the commemoration has evolved.

He says in 1965, many assumed the tradition of remembering the Anzacs wouldn’t survive beyond the death of the last Gallipoli veteran.

“Whereas when we came to the Anzac Centenary in 2015 the Australian federal government outspent all other countries, and New Zealand’s centenary programme was the largest commemoration in the country’s history.”

Dr Light is also interested in who has authority over what is – and isn’t – remembered on April 25 and why this national memory focuses so heavily on the place and experience of Gallipoli, rather than on other aspects of past violence at home or abroad.

“The way we commemorate the Anzacs at Gallipoli has changed in ways that would surprise most New Zealanders. Whereas in 1965, Anzac Day was an exclusive practice centered on the image of the citizen-soldier as an imperial and masculine warrior, today we can see the sense of public ownership over April 25, in which the New Zealand public are front and centre of a nationally inclusive day.” 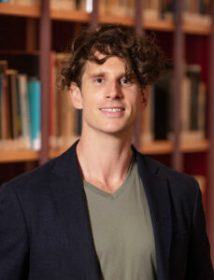 He says part of this shift is that we expect our political leaders to speak on Anzac Day and extol the national values of Anzac in ways that would have been extraordinary to earlier generations.

The book looks at the changing and contested meanings of Anzac from the 1960s to the 1980s, the expanded role of the state in commemoration since 1990 and responses to these shifts by indigenous and non-indigenous communities.

It brings together stories and evidence from both Australia and New Zealand and includes examples of how groups of people, such as writers, filmmakers, protestors and prime ministers have reinvented the story of the Anzacs for public audiences.

Based on archival work done on both sides of the Tasman, Dr Light’s research is unique because it offers, for the first time, a study of Anzac commemoration in both countries, drawing on comparative and transnational approaches.

“A comparative lens allows us to see more starkly the contrast between different national uses of the Anzac story, while transnationalism opens up the possibility that one has influenced the other,” he says.

Dr Light teaches Aotearoa New Zealand histories in the University of Auckland’s Faculty of Arts. He is also project curator at the Auckland War Memorial Museum Tamaki Paenga Hira, assisting with research on the history, remembrance and commemoration of the New Zealand Wars.