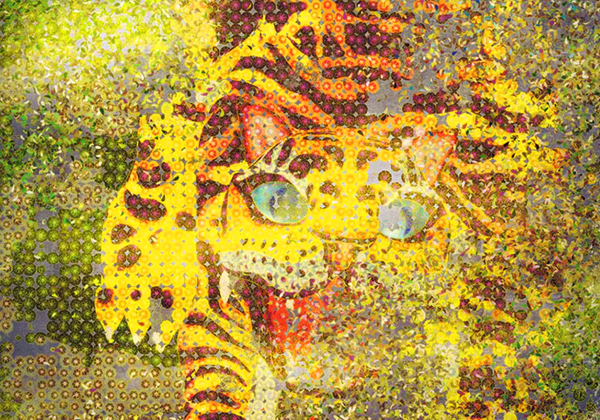 The London-based production company realises projects for artists using digital technologies such as VR, AR and 360° videos. Its profile has risen this year with the appointment of museum director Daniel Birnbaum, formerly of the Moderna Museet, as its new director, and collaborations with artists such as Anish Kapoor and Marina Abramović.

ARCHiVE (Analysis and Recording of Cultural Heritage in Venice)

Based at the Fondazione Giorgio Cini in Venice, this new centre – a collaboration between Factum Foundation and the Digital Humanities Lab at the École Polytechnique Fédérale de Lausanne – seeks to advance the digital preservation of cultural heritage. There are already plans for future projects looking beyond Venice.

This free-to-use online catalogue of short films about art and visual culture was launched by HENI in April. New films are released every fortnight: past episodes on topics from Holbein’s The Ambassadors to the feminist art of Jo Spence have been presented by a range of artists and art historians, including Griselda Pollock, Hal Foster and Jeremy Deller.

Fifty digital works by the artist collective teamLab can be seen in this 10,000-square-metre space in Tokyo, which opened in June this year. The often interactive museum exhibits are powered by around 529 computers and 470 projectors, showing how the cutting edge of technology can create new aesthetic experiences.

This year CyArk launched its Open Heritage initiative, supported by Google Arts and Culture, to improve access to its data library and so help research and conservation efforts. Users can explore 3D models of sites – such as the ancient, earthquake-damaged city of Bagan in Myanmar – created using various digital imaging techniques.