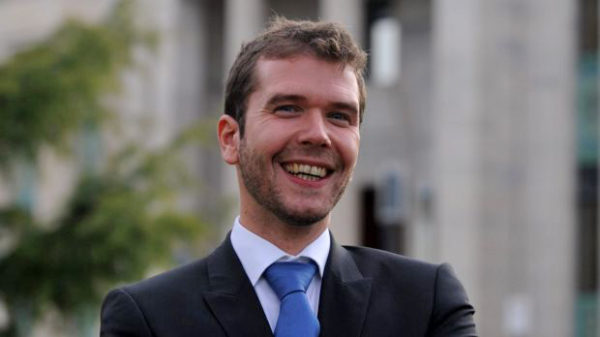 The search is on for a new director of the National Film and Sound Archive, with the announcement Monday that chief executive Michael Loebenstein has resigned.

Mr Loebenstein will return to his native Austria to head up the Austrian Film Museum, where he worked prior to moving to Canberra five years ago.

During his time at the helm here, he steered the archive through tough financial times, which involved a sharp reduction in staff and funding, and cutting the signature weekly screening program at Arc Cinema.

But he also brought youthful vigour, European swagger and wide-ranging enthusiasm to the institution, overseeing the restoration of several classic Australian films, and a collaboration with international best-selling musician Gotye, whose sound and light installation brought more than 100,000 visitors to the archive’s art deco headquarters.

Speaking to Fairfax Media shortly after gathering staff together to announce his departure, Mr Loebenstein said he was confident he would be leaving the archive “in good shape”.

“I would never even have considered accepting an offer or even toying with the idea of going back to Europe if I had felt that I would let the NFSA or the larger sector of our Canberra collecting institutions down,” he said.

“And while the hardship in a way still continues because we are seeing government appropriations and the efficiency dividend is really weighing heavily on all of us there, I think we are more stable than we were a couple of years ago.

“I think that the organisation has gone through a process of renewal where we managed to take the best of the old days sort of people with the vast experience of decades and the ethos and the passion, and combine it with new and young and energetic people who’ve come in over the last years, so I must say I’m most sentimental these days.”

He said the NFSA had emerged as a leader in the digital collecting realm.

“We managed to just be part of the really good group of people across the cultural institutions, talking about the future of digital, and the need for Australia really to step up and look at digitising our heritage to connect our citizens,” he said.

“Personally I would say, we’ve managed to stir the pot in an inclusive and productive way.”

But he said he was excited to be returning to the Austrian Film Museum, which marked its 50th anniversary last year.

“Michael has led the NFSA during a time when we have made a giant leap forward towards our goal to become leader in the digital environment, and an engaging place for encounters with our amazing and diverse film and sound history,” she said.

“His time with us was marked by a significant reinvention of the NFSA into a more outwardly focused, collaborative institution which continues to collect, preserve, and more broadly share our film and sound treasures.”

Mr Loebenstein will head back to Vienna to face a European winter in January, and said he would miss the “extremely high-definition Canberra skies… both on a chilly day as well as on a really hot day”.

The NFSA board announced Monday it would conduct an international search for the archive’s new chief executive.