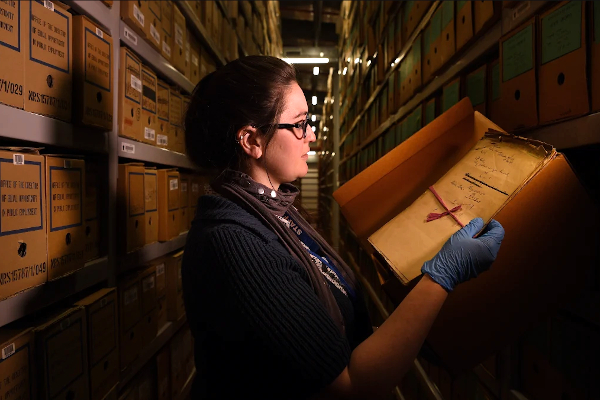 Sydney cultural custodians are divided over a Berejiklian government plan to merge the State Archives with the authority responsible for some of the city’s best-known historic properties.

National Archives of Australia, the Sydney Opera House, Museums and Galleries of NSW and the Art Gallery of NSW have endorsed the merger as a way to optimise public engagement with the state’s past.

They are also united that public access to the archives needs to be expanded through wider digitisation, with records to become available after 20 years, not the existing 30.

But amalgamation has been opposed by archivists, historians and former administrators worried it will herald budget cuts and hinder the capacity of the individual entities to marshal arguments in favour of heritage protection.

Former City of Sydney historian Shirley Fitzgerald said in a submission: “There should be some serious policy words to describe this suggestion but I’m afraid the words that keep coming to mind are words like misjudged, indefensible, bizarre and just nuts.”

The merger drive comes as the government is pushing ahead to create two other super-agencies, one to run entertainment and sporting venues and the other replacing three independent parkland trusts.

The State Archives is the nation’s oldest archive collection, dating from 1787.

Adam Lindsay was appointed in 2019 as executive director to manage both bodies to open up new and significant stories of the history of NSW.

Mr Lindsay told the inquiry closer cooperation had resulted in the design of new displays for Vaucluse House and Elizabeth Farm.

Chair of the Sydney Living Museums, Naseema Sparks, told the inquiry it was a natural fit: “Where SLM owns physical spaces and locations, SARA has the records and archives to bring them to life. Where SARA has a depth of historic material, SLM has the capability to co-curate and display them.”

Former Greater Sydney chief commissioner Lucy Turnbull supported the creation of a single custodian to build the history of NSW as a “brave proposal”.

Together, the potential for storytelling, display and programming was infinite, she said. A new institution could help with collection management and conservation and reviving the historic Macquarie Street precinct.

While Dr Fitzgerald said the idea of partnering private and public cultural institutions to tell the state’s foundation stories was sound, the idea of merging the two organisations was nonsensical.

Records held were primarily paper-based and not adequate for use in museum displays or curated exhibitions, while the portfolio of historic houses was skewed to Sydney and did not showcase all the stories of NSW or its industrial and technological history.

The greatest blow to public access to state archival material came in 2012 when the State Archives and Records closed its office in The Rocks as a cost-saving measure, Dr Fitzgerald said.

Relocated to Kingswood, in western Sydney, it had been a “sad, underfunded, lost entity”. 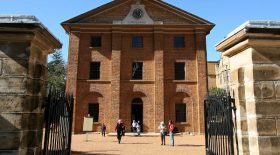 Professor Stephen Garton, the University of Sydney’s senior deputy vice-chancellor, said the merger would not assist research-intensive institutions such as his own or meet the community’s information needs.

It would dilute the state archives’ independence, diminish its standing within government and hinder transparency and public trust.

In no other state had a similar amalgamation been contemplated, according to the Federation of Australian Historical Societies, “presumably because it is such an uneasy and even illogical fit”.

Were it to go ahead, however, the federation said any financial gains should be reinvested back into operations, staff, training and new premises.

The Australian Museums and Galleries Association said further investigation was necessary because a clear case for the amalgamation had not been made.