You are here: Home » Articles filed under: 'News' » Article: 'Are Chatbots the future?'

Are Chatbots the future?

May 7th, 2016 | Browse other: News. | Tagged with: Chatbots, conversational interfaces | 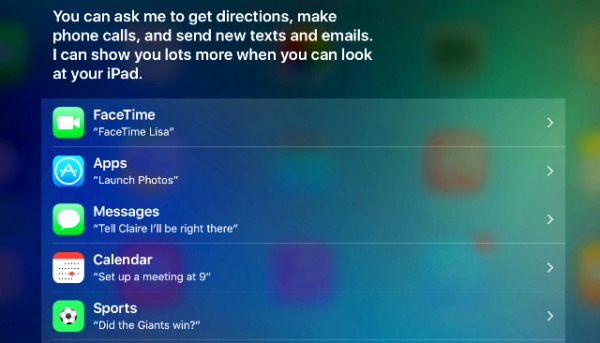 Apple has Siri (pictured), Google has OK Google, Amazon has Echo, Microsoft has Cortana, and so on. These voice assistants or chatbots allow you to play music, do web searches, make a phone call and more—just by speaking. Source: CAMD.

John Brownlee, Are Chatbots Really The Future Of Web Design?, 2 May 2016

So Zumbrunnen decided to confront his fear head on. He redesigned his personal website so that it ran off a Quartz-style chatbot. Instead of navigating menus, the chatbot asks visitors what they want to do, tells jokes, gives users links to personally curated design stories on the web (with optional chatbot commentary!), and even lets them send Zumbrunnen emails, just by typing to it.

Zumbrunnen admits part of him just did it as a joke. “The basic idea of conversational interfaces is to talk to people where they already are, so for a personal website, this seemed like a totally stupid thing to do,” he says. But the visitors loved it. Traffic was up 1000%, and in just 48 hours, he got over 250 emails from people chatting with the bot—although Zumbrunnen admits there were a fair few of sexts in there. “People love to try to trick the bot.”