You are here: Home » Articles filed under: 'News' » Article: 'Are our museums in crisis?'

Are our museums in crisis?

May 26th, 2017 | Browse other: News. | Tagged with: Are our museums in crisis?, International Museums Day, Museums and contested histories | 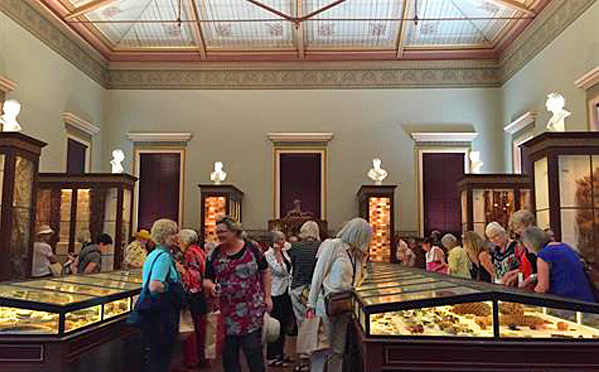 For International Museums Day we examine the contemporary value of museums and harness the 2017 theme of saying the unspeakable.

Thursday 18 May is International Museums Day (IMD). It is a moment when the global community of museums celebrates their value to society. This year’s theme champions “Museums and contested histories: Saying the unspeakable in museums”.

While the theme inadvertently points to programming – both from a curatorial and public engagement perspective – saying the “unspeakable” in museums might have a very different tone for those working within the sector.

On the one hand museums have recalibrated to become more responsive to audiences, no longer the hallowed halls of high-brow whispered conversation. We only need to look at the bold initiatives and rising attendance of Australian institutions such as the Australian Museum and the Museum of Brisbane for example, which have expanded, partnered and found fresh ways to innovate and connect with audiences today.

The flipside to that growing stability has been a kind of fraying at the seams, as museums struggle with their exorbitant operating costs, responsibilities as large-scale professional employers, and caretakers of thousands of bespoke and conservation-demanding objects – not to mention the increasing pressure of government efficiency measures and funding cuts.

Museums are expensive things to keep open, and the balance ratio of input to output costs is a hard ledger to manage.

In February this year a New York Times article pulled the rug out from under the world’s premier museum, The Metropolitan Museum of Art in New York. It asked, “Is the Met Museum ‘a Great Institution in Decline’?”.

It reported: ‘(The) Met’s deficit was approaching $US40 million and had forced the buyout or layoff of some 90 employees. An expansion into a satellite building cost millions of dollars more than expected. A new Met logo and marketing plan were rolled out at great expense — and greeted with ridicule. Then, last month, a new $600 million wing was postponed by several years, frustrating the Met’s efforts to become a serious player in the competitive field of Modern and contemporary art.’

Despite this dilemma, the Met recorded its highest visitation on record in 2016, with 6.7 million people coming through the doors – 41% of which were tourists.

The Met opened in 1872; Australia’s oldest Museum – The Australian Museum – opened some years earlier in 1857, and celebrates its 190th anniversary this year. While it may not have the same visitation numbers as the Met, it is in a far healthier financial and governance position.

But like many museums in Australia, it has had to streamline staffing under efficiency measures, cutting 50 staff in 2015; similar cuts have been made at the National Gallery of Australia, the Art Gallery of NSW, and the Powerhouse Museum, among others.

Read: Major cultural institutions can’t afford to do their job

Other issues have plagued the museum sector, with one institution in particular throwing up debates around the role of museums as destination venues.

While facing a totally different story than the Met, Sydney’s Powerhouse Museum has equally been the focus of media debate over its mooted move to Parramatta. The purported blowout costs for the move have raised questions as to whether the relocation is indeed a wise decision.

While the fiscal exercise is uncertain, in terms of audience value the move ticks the boxes: Parramatta and Western Sydney are the fastest growing area in Australia. But like the Met, will the changes cripple an institution that is already functionally sound?

And, should our governments be better at supporting our museums as “destination venues” – as they are clearly benefiting from that tourist dollar – rather than cutting back their resources and sending them out to pasture to come up with funds themselves?