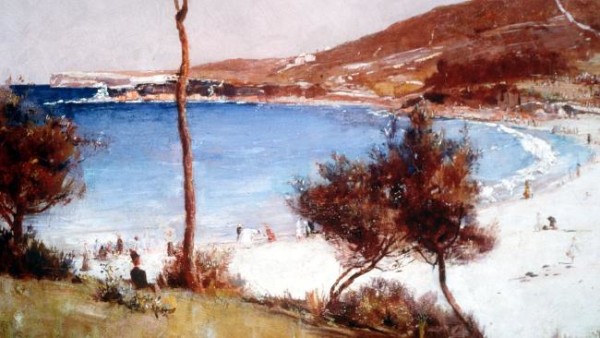 Sasha Grishin, Tom Roberts at the National Gallery of Australia has gone gangbusters and here’s why, Watoday, 24 March 2016

“Betty Blockbuster” was an unfortunate nickname invented by a Canberra-based journalist to describe one aspect of the reign of Betty Churcher as director of the National Gallery of Australia between 1990 and 1997.

It was on her watch that some very successful exhibitions were hosted at the gallery, including Rubens and the Italian Renaissance (1992) with 242,701 visitors and Turner (1996) that attracted 240,701 visitors. Back then, it was still an age of innocence as far as blockbuster exhibitions were concerned, where loans were comparatively easy and costs were moderate. In the subsequent couple of decades, the growing international appetite for big-name shows led to a scarcity of available international loans at reasonable prices and costs multiplied to make such exhibitions prohibitively expensive.

In the 21st century few blockbuster exhibitions made money and they were generally justified as a means of growing audiences and enriching local economies. The golden age of the blockbuster had passed, although individual maverick exhibitions broke all records, including the National Gallery of Australia’s Masterpieces from Paris (2010) with 476,212 visitors, while interstate, Picasso in Sydney (2011-12) attracted 366,286 visitors, Impressionists in Melbourne (2004) 371,000 visitors and The Fashion World of Jean Paul Gaultier (2014-15), also at the National Gallery of Victoria, drew 226,000 visitors. Of course all results need be refined through such factors as the duration of the exhibition and full paid admissions as opposed to concessions, complementary admissions or free admission, however the raw figures do tell a story.