You are here: Home » Articles filed under: 'News' » Article: 'Art of Remembrance' 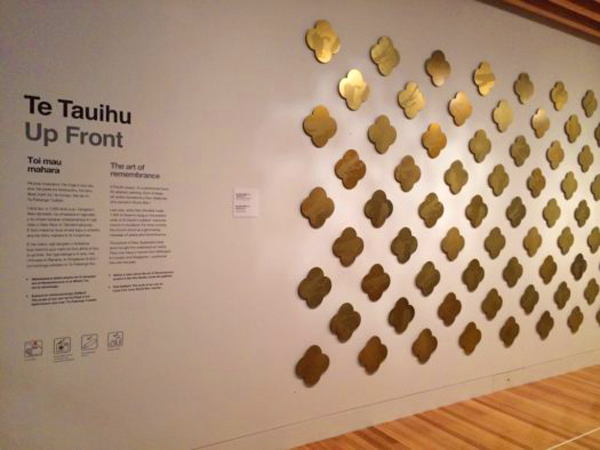 Solid brass quatrefoil poppies created by artist Max Gimblett ONZM in honour of the soldiers that served in the First World War.

The Art of Remembrance captured public imagination in 2015 with its solid brass quatrefoil poppies created by artist Max Gimblett ONZM in honour of the soldiers that served in the First World War. These individually hand-screen-printed artworks were bought by people around New Zealand and the world to support the preservation of St David’s, the WWI Soldiers’ Memorial Church in Grafton.

Now the installation will have a home at Auckland Museum for the next five years, with hundreds of the brass quatrefoil poppies adorning a tower at the Museum’s Southern Entrance. Auckland Museum’s Director of Collections & Research David Reeves says the project is a fitting collaboration for Auckland War Memorial Museum.