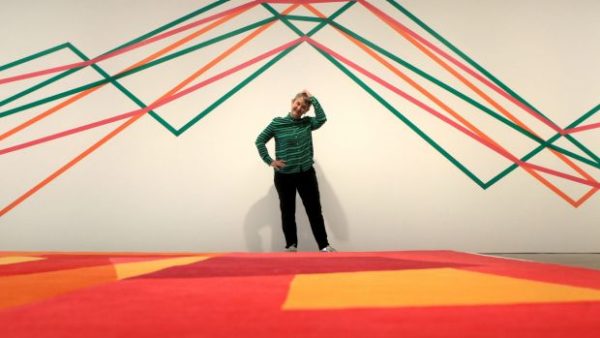 The appointment of Frances Morris as the head of Britain’s Tate Modern was widely applauded when it was announced in January.

A Tate curator since 1988, Morris has staged major shows of Yayoi Kusama, Agnes Martin and Louise Bourgeois, whose giant Maman metal spider greeted visitors at the opening of Tate Modern in a former power station in 2000. She was also deeply involved in the museum’s innovative displays based on genre rather than chronology.

“But it’s taken me a long time to work my way up the institutional hierarchy, which I suppose typifies the situation for many women,” she says. “They’re allowed to do great projects and author individual aspects of their work, but to take institutional responsibility has been much more difficult.”

Morris regards her accession as Tate Modern’s first female director, taking over from Chris Dercon, with some bemusement.

“Isn’t it ironic?” she asks. “The art world is there to support and celebrate risk-taking and innovation in the intellectual field.

“So you have this kind of radicalism combined with a deep conservatism institutionally.”

Morris is in Sydney to speak at The Forever Now: Contemporary Art Collections in the 21st Century conference at the Museum of Contemporary Art. The event coincides with the opening of the Today Tomorrow Yesterday exhibition of artworks acquired by the museum since 1989.

Positions Vacant » View All
» Te Ao Māori roles – Canterbury Museum
» Producer, Public Art Program – Queensland Museum
Latest News » View All
‘… frogs also dealing with a pandemic’ AM’s
Jodi Rowley – researchers at work on mystery Read more.
SAM co-ordinating Insect Investigators
in regional schools in Qld, SA & WA Read more.
Te Papa funding preserving & digitising
Spencer Digby–Ronald Woolf photo archive Read more.
MAAS Powerhouse Parramatta contract let
LendLease building 6-stars to open 2024 Read more.
New Gold Mtn filmed @ SHM to show on SBS
Chinese miners’ voice from Vic Goldfields Read more.
Top +
Council of Australasian Museum Directors, c/o Ms Daryl Karp, Museum of Australian Democracy at Old Parliament House PO Box 3934 Manuka, Australian Capital Territory 2603 Australia, © CAMD 2021
Copyright: All information and resources provided on this website remain the copyright of the Council of Australasian Museum Directors. Permission is granted for viewing and downloading for personal and not for profit purposes. Those wishing to reproduce any materials for commercial, educational or other uses are requested to contact us.
Disclaimer: The content of this website is provided for information purposes only and is not intended as a substitute for professional advice. No claim is made as to the accuracy or authenticity of the content of the website. The Council of Australasian Museum Directors does not accept any liability to any person for the information or advice (or the use of such information or advice) which is provided on this website. The information on our website is provided on the basis that all persons accessing the site undertake responsibility for assessing the relevance and accuracy of its content. No responsibility is taken for any information or services which may appear on any linked web sites. Hostgator.
.