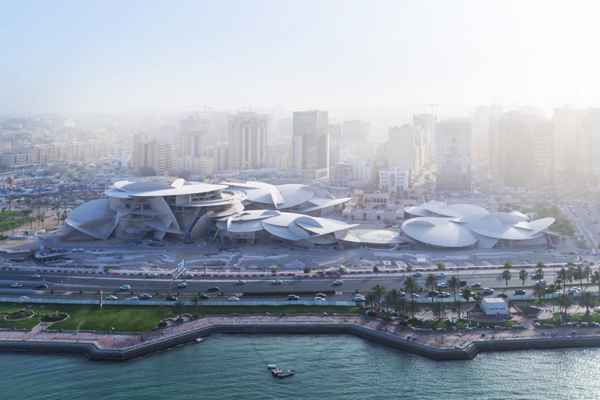 Caroline Goldstein, From the Pompidou Shanghai to MoMA’s New Digs, Here Are 13 Major Museum Openings and Expansions Set for 2019, 22 January 2019

Mark your calendars—it’s going to be a busy year.

If you thought 2018 was a big year for museum openings and expansions—think of the Victoria & Albert Museum of Design in Dundee, and the Glenstone Museum in Potomac, Maryland, to name just two prominent examples—then fasten your seat belts. The next 12 months are jam-packed with headline-worthy developments around the world.

Starchitecture firms like Herzog & de Meuron, Jean Nouvel, and Diller Scofidio + Renfro have been busy, lending their expertise to jazz up the museum landscape around the world. We’ve rounded up 13 of the most high-profile openings. (A few projects that were expected to open this year, such as the M+ Museum in Hong Kong and the Grand Egyptian Museum in Cairo, have already been pushed to 2020.)

Be forewarned, many of the “expected opening” dates are vague—and as with all multi-million dollar construction projects—subject to change. 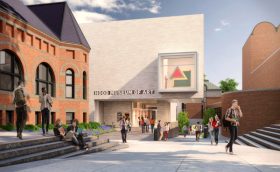 What We Know: The Hood Museum of Art on the campus of Dartmouth College is getting a $50 million upgrade, thanks to the husband-and-wife architecture firm Tod Williams Billie Tsien, set to open at the end of January. The renovation was contentious in its early stages, as critics claimed that the new design was an affront to the original building’s architect, Charles Moore, and was effectively erasing his most important architectural contribution. The new building will add five new galleries to hold the museum’s 65,000-plus objects. It also adds an atrium and a new facade.

What We Know: The $100 million, Norman Foster-designed addition to the Norton Museum of Art in West Palm Beach, Florida, is gearing up for its grand unveiling in just a few weeks, on February 9. The new buildings boast 37 percent more exhibition space, expanded educational and entrance areas, and new public gardens (the first ever designed by Foster). The increase in exhibition space is already being put to good use: In April 2018, the museum announced that a transformative gift of more than 100 worksfrom the collectors Howard and Judie Ganek will be housed in the galleries, including works by Anselm Kiefer, Sigmar Polke, and Donald Judd. 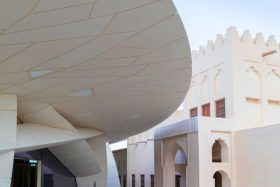 View of the restored historic Palace next to the upcoming National Museum by Ateliers Jean Nouvel. Photo: Iwan Baan.

What We Know: After an extended delay, the much-touted new National Museum of Qatar is opening in Doha at the end of March this year. The announcement teases a “new immersive museum experience” at the Jean Nouvel-designed institution, which is centered in the newly restored historic Palace of Sheikh Abdullah bin Jassim Al Thani, whose father is considered the “founder of modern Qatar.”

The new 430,000-square-foot building is intended to bridge the city’s ancient history with an infrastructure that is committed to contemporary art and technology. The museum will be organized in 11 chapters that tell the story of Qatar chronologically with displays of archaeological objects like the jewel-laden Pearl Carpet of Baroda (ca. 1865), plus newly commissioned works by Syrian artist Simone Fattal and French artist Jean-Michel Othoniel. 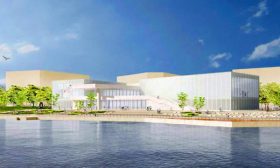 What We Know: Architect David Chipperfield designed the low-slung building complex on the Shanghai Corniche, which connects the Xuhui district to the historic Bund, enhancing the new cultural arena. Three main galleries form the crux of the building, situated atop a central lobby with a three-floor atrium; a sunken courtyard below gives visitors access to the lower level, lined with clerestory windows made of recycled glass that reflect the Huangpu River. The long planned collaboration between the Pompidou Centre and West Bund Group will cement what the architect touts as a “cultural collaboration between France and China.”