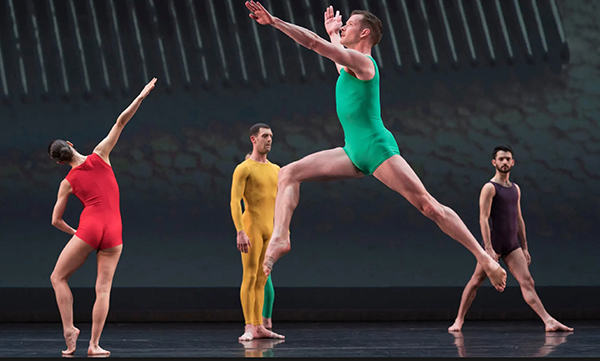 Dancers at the Merce Cunningham centenary celebration at the Barbican theatre in London. Photograph: Alastair Muir/REX/Shutterstock.

Arts and culture has overtaken agriculture in terms of its contribution to the UK economy, according to research from Arts Council England, whose chair is warning that continuing cuts threaten further growth.

Sir Nicholas Serota was speaking as ACE published a study quantifying the contribution of arts and culture to the UK’s GDP. It showed that the sector added £10.8bn to the economy at the last count in 2016, £390m more than the previous year, more than the agricultural sector and roughly equal to cities such as Liverpool and Sheffield

At the same time, the report revealed that 74% of arts organisations had been affected by public funding cuts.

Serota praised the resilience and commitment of theatres, galleries and other arts organisations that continue to thrive despite receiving less public money. He said the success in the face of adversity “tells you about the brilliance of the people running these organisations, frankly.

“It tells you about their commitment and determination in spite of the cuts. It also tells you if they had a bit more money they would do something rather wonderful with it.”

One of the biggest challenges facing arts organisations are local authority cuts, with libraries, museums and the arts often in the front line.

In February, Birmingham city council slashed its arts budget by £500,000, a significant cut but a step back from the original plan of cutting twice that figure.

“Local authorities will say they have no choice,” said Serota. “But there are choices being made and some local authorities are resisting those kinds of cuts more successfully than others.”

He praised the energy and creativity of arts organisations in reaching new audiences and finding new money, but warned: “There comes a point when you cannot live without some form of investment and both local authorities and national government need to find ways of making that investment.

“The prime minister declared that austerity was over: austerity is certainly not over yet for the arts and I hope that we’ll see some change.”

The report, commissioned from the Centre for Economic and Business Research, states that 37% of arts organisations have become more risk averse as a result of funding cuts.

Among organisations with funding cuts, 54% indicated they were unable to compensate for the loss.

Many organisations are having to reduce staff or freeze wages. The report quotes the Royal Philharmonic Orchestra, which said cuts to culture budgets were having an adverse effect on staffing levels at regional venues with some “suffering a lack of expertise and knowledge of orchestral music”.

The report concludes that the arts and culture sector contributes £2.8bn to the Treasury via taxation, and that the sector’s total contribution to GDP, including employment and supply chains as well as the £10.8bn direct impact, amounted to about £23bn.

Serota said it illustrated how important a subsidised arts sector was in feeding in the commercial sector and how public investment in arts and culture “repays itself over and over again.

“It shows a very steady increase in the place of arts and culture in the economy as a whole. It is growing and it is growing much faster than the rest of the economy.”