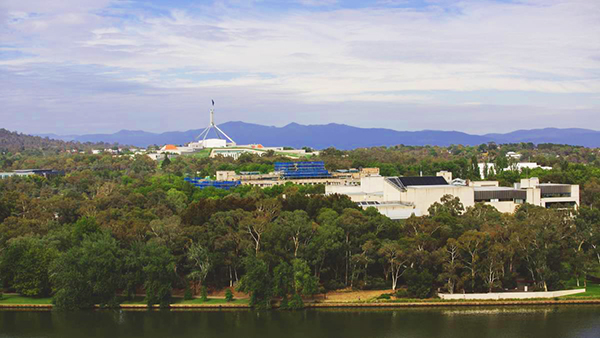 The National Gallery of Australia is set to lose 10 percent of its staff as part of recent cuts. Picture: Jamila Toderas.

The federal Arts Minister has defended job losses at the National Gallery of Australia, saying the national institution needed to develop a long-term plan for its future.

Speaking to the ABC’s Insiders program on Sunday, Paul Fletcher stood by the efficiency dividend the gallery will have to achieve.

The NGA is set to lose 10 percent of its employees this year as a result of the tightened budget, with an estimated 30 jobs to go.

“Redundancies are always difficult, and that is true for any organisation and for those made redundant,” Mr Fletcher said.

“At the same time, what we need to see is institutions like the National Gallery of Australia developing and implementing a long-term plan.”

Gallery director Nick Mitzevich has called for voluntary redundancies from the more than 300 staff at the institution.

Mr Mitzevich said the job losses were not related to the impact of COVID-19, but followed several months of talks on how the gallery could scale back.

“We’ve got rising costs, we’ve got the efficiency dividend, our ability to raise income is limited, and so all of that needs to be part of a bigger approach,” he said last week. 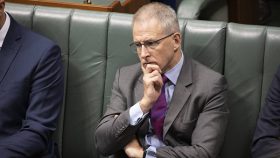 Mr Fletcher said efficiency dividends to national institutions were measures used by both sides of government to determine how funds were allocated.

“It’s a long-standing tool of public policy management, and it’s there because we need to be careful with taxpayers’ money,” he said.

“It’s an appropriate discipline as it flows right across the board, not just to the arts and culture but across the entire suite.”

The National Gallery was among many government-funded organisations to announce they would be shedding jobs last week.

The ABC announced it would be shedding 250 jobs in order to save $40 million at the national broadcaster, while almost 40 jobs will be lost from the CSIRO in its energy division.

Critics have hit back at the government agency cuts given $500 million has been allocated to the Australian War Memorial for an extension.

Mr Fletcher said it was up to the National Gallery on how funding from the government was spent.

“The National Gallery receives funding from the Australian government as part of $750 million of funding for the arts,” he said.

“It’s then the job of the board and management of the National Gallery, as are all portfolio agencies, to determine how it’s allocated.”

The National Gallery had only just reopened to a limited number of guests following the shutdown from coronavirus.

ACT Chief Minister Andrew Barr last week hit out at the job cuts at the gallery.

“The [ACT] government has also provided advice to the Commonwealth on ways that the institutions could raise more income and avoid situations where people have to lose their jobs,” he said.