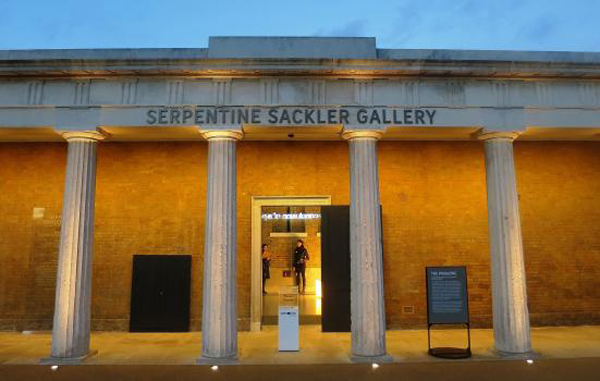 The Sackler family, which has supported many arts organisations in the UK, has been implicated in the US opioid crisis. Photo: Geographer (CC BY-SA 3.0), via Wikimedia Commons.

Following high-profile protests of deals between arts organisations and businesses with controversial track records, ArtsProfessional has launched its latest Pulse survey to examine policy and practice in the cultural sector.

Whether arts organisations should ever refuse offers of financial support on ethical grounds is the subject of a new sector-wide survey.

ArtsProfessional’s latest ‘Pulse’ survey is seeking to collect the views of arts workers on ethical issues related to sponsorship and major donations, and find out how organisations are making decisions when faced with ethical dilemmas and reputational challenges.

The online questionnaire asks whether arts organisations should consider turning down money from organisations or individuals associated with certain activities, such as pollution, armaments, gambling and animal testing.

It is also collecting information about how arts organisations are making decisions related to fundraising, whether they have ethical fundraising policies, and if so, how these are implemented.

The research has been launched following mounting pressure on arts organisations to break ties with companies that engage in unethical activities. Such deals, often branded ‘artwashing’, draw criticism for allowing a company with a poor reputation to ‘clean up’ its public image by giving money to the arts.

Major organisations, including the British Museum and Royal Shakespeare Company, have been subject to protests for accepting money from oil corporations organised by coordinated campaign groups such as ‘Art Not Oil’ and ‘BP or not BP?’. Earlier this month arms manufacturer BAE Systems withdrew as one of the Great Exhibition of the North’s three key partners after artists boycotted the event because of the company’s involvement in the defence industry.

A petition calling for the Great Exhibition of the North to refuse BAE Systems’ support pointed out that the company had made more than £6bn from sales to Saudi Arabia during the ongoing war in Yemen, which has killed or injured more than 5,000 children. “The Great Exhibition of the North claims to offer ‘family-friendly fun’,” it stated. “This is totally at odds with its with association with BAE Systems.”

The National Portrait Gallery is the latest organisation to face scrutiny as it considers accepting money from the Sackler Trust, following allegations that the family is implicated in the US opioid crisis.

Increasing concern about how corporate support and major gifts are financed has coincided with growing pressure on arts organisations to raise more money from these sources.

ACE’s drive to reduce dependence on public funding in the sector led its National Portfolio Organisations (NPOs) to increase the amount generated through sponsorship by 3.7% in 2016/17.

The data reveals that the larger an organisation is, the more likely it is to raise a significant amount of its contributed income through sponsorship deals and one-off donations.

ACE encourages arts organisations to adopt ethical fundraising practices, but told AP: “It is not for the Arts Council to second guess whether a sponsorship fit is appropriate.”

A spokesperson said: “Our expectation is that where sponsorship or association is involved, Boards will consider their position on a case by case basis, including how that sits alongside the organisation’s mission and values.