June 6th, 2019 | Browse other: News. | Tagged with: Case builds for 'commercial justification' of the arts, economic case for funding culture | 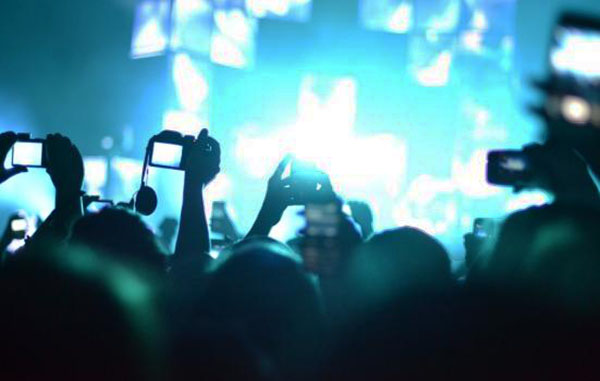 Jonathan Knott, Case builds for ‘commercial justification’ of the arts, Arts Professional, 31 May 2019

Achievements in the creative industries are “umbilically linked to the deep talent pool of the publicly funded arts”, according to Alan Bishop, CEO of the Creative Industries Federation (CIF).

In the foreword to a new report building the case for public funding of the arts, he says that although the post-war success of British music, advertising, film and fashion is widely recognised, “the reasons for that success seem to be less well understood”.

The report, jointly produced by Arts Council England (ACE) and CIF, sets out to unpack those reasons, explaining how state support for culture helps develop talent, create jobs and stimulate growth, as well as supporting innovation and new business models.

It argues that public funding for the arts is essential to support the creative industries and the wider UK economy, and points out that as well as nurturing creative talent and contributing directly to the economy, public investment in culture has powerful knock-on effects by attracting businesses to areas and supporting tourism.

Announcing the report, Bishop said: “In these times of great political uncertainty and turmoil, there are very few certainties. The two great certainties are death and taxation. There is also of course a third certainty, which is a forthcoming public spending review.”

He added: “Despite the constant avowal and assertion of the intrinsic value of arts and culture, funding for art and culture is still often treated as a discretionary spend which is somehow secondary to the needs of what are defined as being more essential services like the NHS.

But art and culture do not only make a huge contribution in their own right to the taxation which funds those essential services. They are also the principal reason for the constantly acclaimed commercial success of the creative industries, which make an even larger contribution to the public purse, which funds those essential services we all value.”

He assured the sector that “we will always press the intrinsic value of art and culture, but that is no reason for neglecting the very powerful commercial justification for what that art and culture provides for the nation”.

Publicly funded arts organisations, says Bishop, “did not only set standards and give inspiration – they were often the direct source of the exceptional artists, musicians, dancers, producers and technicians who built the commercial creative industries”.

The report lays out the contribution of the arts and culture to the economy. The sector employed 137,250 people in 2016, and every job supports an additional 1.65 jobs in other sectors. The wider creative industries account for one in 11 jobs in the UK – more than manufacturing and financial services – and employment in the sector has grown by 29% between 2010 and 2017, four times faster than the UK economy as a whole.

The document also argues that public investment in culture enables innovation that benefits the wider economy. It gives examples including the National Theatre’s ‘immersive storytelling studio’, dedicated to working with technologies such as virtual reality, augmented reality, and 360-degree films, and Sheffield Doc/Fest, a documentary and non-fiction storytelling festival which “champions new talent and innovation to ensure industry remains at the cutting edge”.

And it stresses that public investment can be crucial to kick-starting successful cultural sector business models that depend on a wide range of income streams. The creative, digital and music sector development agency Generator North East, it says, has used funding from ACE as a National Portfolio Organisation to “increase its revenue by 400% in the last financial year”, and public investment also helped the Colchester-based video game developer Fourth State to establish a successful business.

Speaking on a panel at the launch of the report, Kate Levin, Principal for Cultural Assets Management at Bloomberg, said a difficulty for potential funders of culture was the sector’s inherent variety and unpredictability, saying: “In general the risk is that it’s easy to overlook a sector that doesn’t seem like a sector – that we value precisely because it doesn’t standardise, it doesn’t quantify, the return on investment isn’t predictable.”

But she added that over time, the return on investment in culture “may not be predictable, but it is reliable”.

Levin argued that organisations should be less queasy about making an instrumental case for public funding, saying: “I do think the creative sector itself has a resistance to quantifying its benefits, and it’s a bit of an own goal.”

She said her typical advice to organisations seeking support is: “Develop your own metrics. They will be imposed on you one way or another, because for better or worse we are in a moment where people are demanding more accountability, and particularly accountability of not just the spending of public funds, but private investment as well. So you have to be able to describe your value. There can be a little bit of ‘we’re on the side of the angels’ in the creative sector, and the assumption that people understand what those benefits are.”